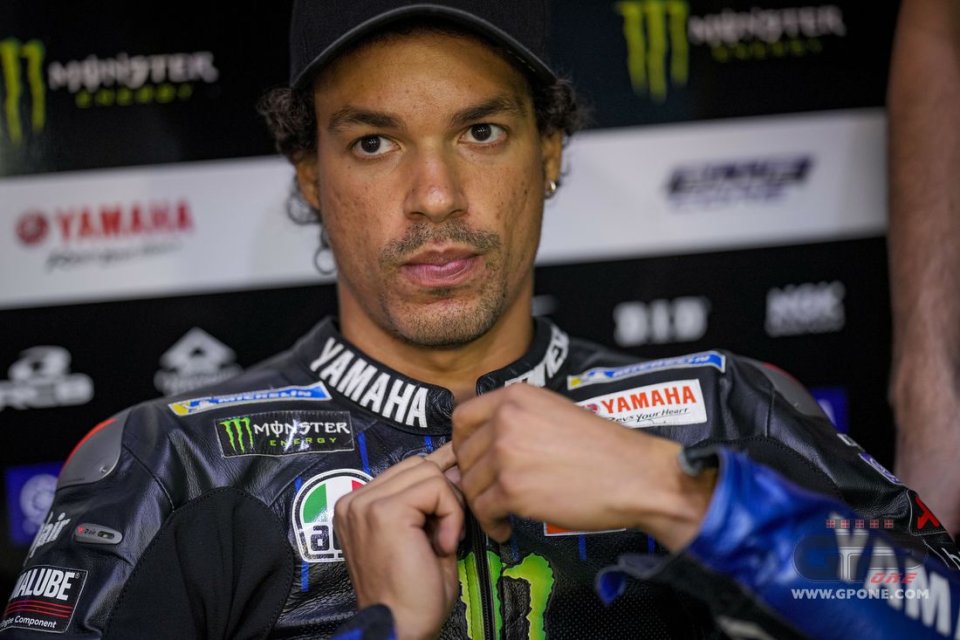 Franco Morbidelli is trying his utmost to get back on top. His season hasn't been easy so far, but he has no intention of giving up. Also because, perhaps, he is beginning to see the light at the end of the tunnel. Monday’s testing at Barcelona left him with cautiously optimistic, a feeling that he will have to confirm this weekend at the Sachsenring.

“In the tests I went quite well - he confirmed – As well as the time achieved with the new tyre, the pace was also good and I was able to improve my feeling on the bike. I also tried some things that were better, but I won't be able to use here. However, I hope to bring those improvements this weekend, I still lack a little something but I expect to see another step forward ”.

How close is he to getting back to being a protagonist?

“I say this in terms of time: in the tests I’m still missing 3 tenths, both in the flying lap and in the pace. In MotoGP 3 tenths is a lot, unfortunately, let's see here how much the gap will be”, he said.

Now he needs to understand if he will have to work more on the bike or on the rider, to close that gap.

"I think at this point the bike can go well, indeed fantastic - Franco had no doubts - I have been able to get the best out of it occasionally, but for some reason I can't get the feelings I want in important moments, such as qualifying and the race. We are working to understand if it depends on my style or on some steps forward we have to make in the setup, it is always difficult to say, in the end it is always a coming together. I'm certainly trying to accommodate the characteristics of this bike and at the same time change the setting for my characteristics ”.

Perhaps next year's bike will be closer to Morbidelli's characteristics and Massimo Meregalli, in our interview, revealed that we might see the first Yamaha 2023 prototype in tests after the Misano GP.

“I'm very curious, also because the first steps I made in the Barcelona tests were very good and encouraging. I want to discover the work that the engineers have done, from the first feelings it was good” were Franco's first impressions.