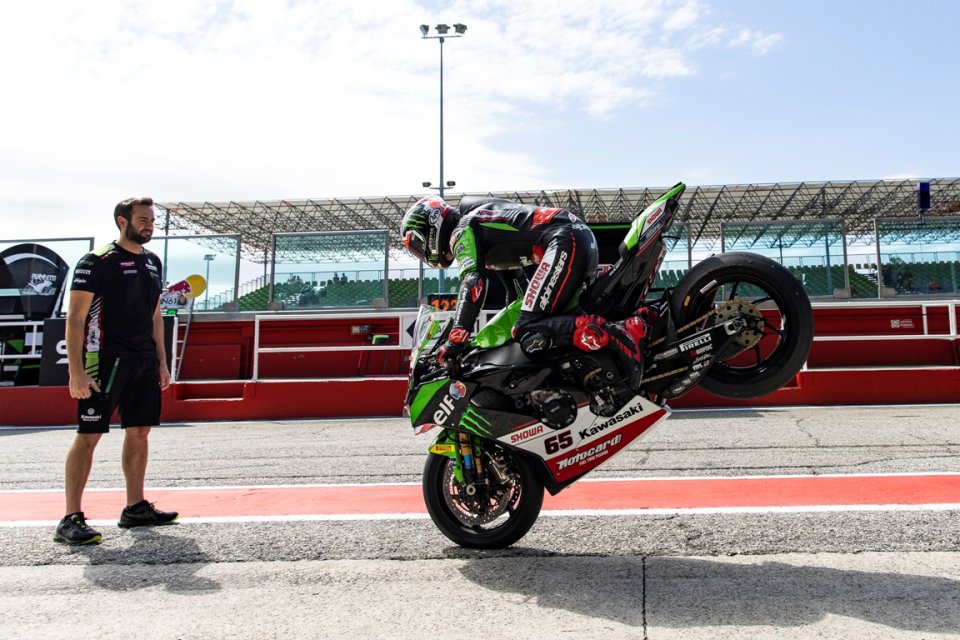 Johnny Rea tried, but there was nothing he could to do against Alvaro Bautista. In Race 1 at Misano, Johnny had to settle for a  second place behind the Spanish rider who had an unstoppable pace.

He’s upset but he’s also aware that he couldn’t do more than what he did and, in the end, he had to call it a day.

"I couldn’t do more than what I did,” he admitted. “At first, I felt strong, especially with the front. I was able to trail brake and enter the turn  well. I did my best, but I couldn't aim for a win, despite how competitive I was in the first part of the race. In the end, Alvaro won. He was fast, he took better advantage of the tires, and I have nothing to say."

There were a few moments of panic at the end of the race.

"I had some problems with the gearbox. I couldn’t figure out why. I'm still happy about the twenty points and the second place. We have to improve for Sunday, since we need more power against Ducati. I know I did my best and, by Saturday, we're going to have to assess the tires. In fact, we have another tire available for the race, which we haven’t tried, and it’s the one used today by Ducati. Maybe we’ll be able to choose that one."

But after all this, Toprak was still standing.

"I didn't notice he withdrew. I don't know what happened. He has lots of points in the championship, but it’s still too early to judge. Remember 2019. That’s just to say that anything can happen in the race. I'm sure Toprak was unlucky, but I’m thinking for myself."

Ducati was the winner.

"They have the engine that make a difference, and you can see the advantage on TV. Like I said, we need more power."

Once again Kawasaki has to console itself with Rea, because all the other riders are far.

“In some cases, having a strong partner isn't the best thing, because you saw what happened in the past with Sykes. I think Alex Lowes is a strong rider, and the Ducati satellites are faster. But it’s difficult to improvein this championship, especially considering the regulations. I also have more experience than they do.”