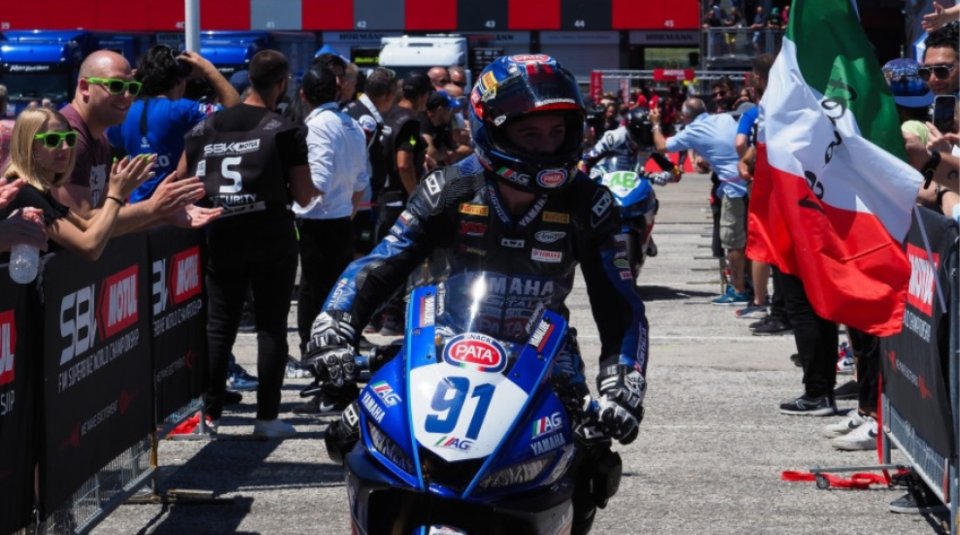 Matteo Vannucci's Sunday started in the worst way possible at the Misano World Circuit Marco Simoncelli. Saturday’s undisputed  AG Motorsport Yamaha Italia rider, with a pole position and a victory in Race 1 (his first in his World SuperSport 300 career), got into a freak accident during this morning’s warm up.

According rumors, the reigning Italian Champion of the category ended up falling and was involuntarily hit by another rider. The first tests he underwent at the circuit’s medical center revealed a thoracic trauma and  possibly a cracked rib.

Fortunately, Matteo Vannucci was conscious, able to  move, and was promptly transported by helicopter to the Bufalini Hospital in Cesena for further assessments. He’ll almost certainly not be able to take part in Race 2, scheduled for 2 pm.