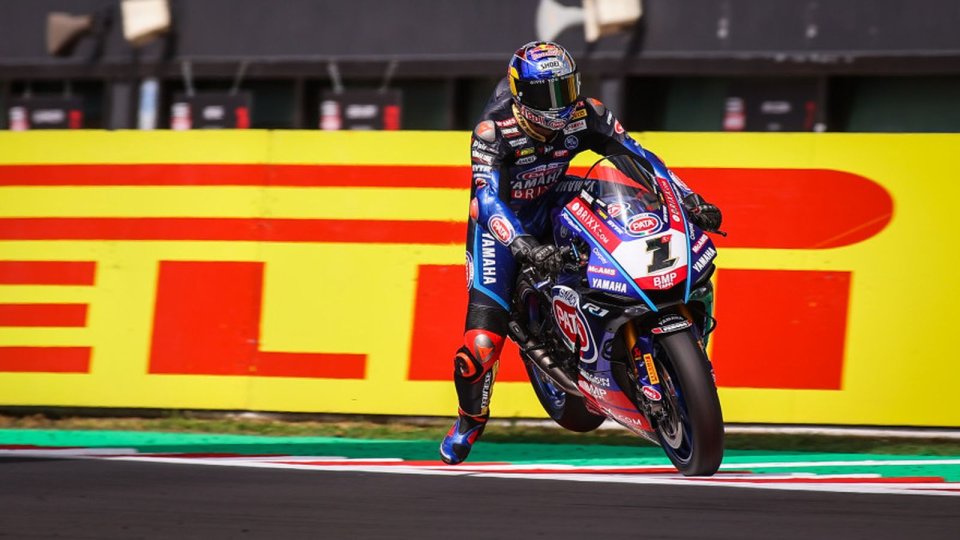 The Misano World Circuit Marco Simoncelli brings back pleasant memories for Toprak Razgatlioglu. Just think of his 2019 podium with the Puccetti Racing’s Kawasaki or, more recently, his 2021 victory, the first of 14 that led him to the title at the end of the season. With an unsuccessful  2022, the Turkish rider  (3rd on Friday’s free practice) hopes to reverse his course starting this weekend as he tries to recuperate his championship numbers.

But Toprak’s first consideration, with the RNF Team that went with Aprilia, is about his future.
"With Kenan (Sofuoglu, ed.), we had already said that we didn’t want to switch from a possible satellite team in the MotoGP. There’s no room for me in the official team next year, so it seems obvious to me that I’ll be staying in the Superbike,” he admitted. Then he talked about present.

"As you know, I especially like this track. I won here last year for the first time,” he recalled. “Today we focused on learning the new Pirelli tires, in order to understand which of the two is more suitable from a race perspective. The overall sensations are good. We just have to improve some slight details in terms of set up."

Are we seeing the best Toprak of the season?
"The sensations on the bike are now more similar to those in 2021. I feel really competitive, especially here because the track doesn’t over stress the rear.  We’re finally back in the mix with Bautista and Rea, with the latter seems much more comfortable than the last time we came to Misano. We’ll see where we are tomorrow in the race," he said.

Do you have a strategy in mind for the first tomorrow afternoon?
”Not for the moment. I learned to watch, race after race. Clearly, the goal is to win."