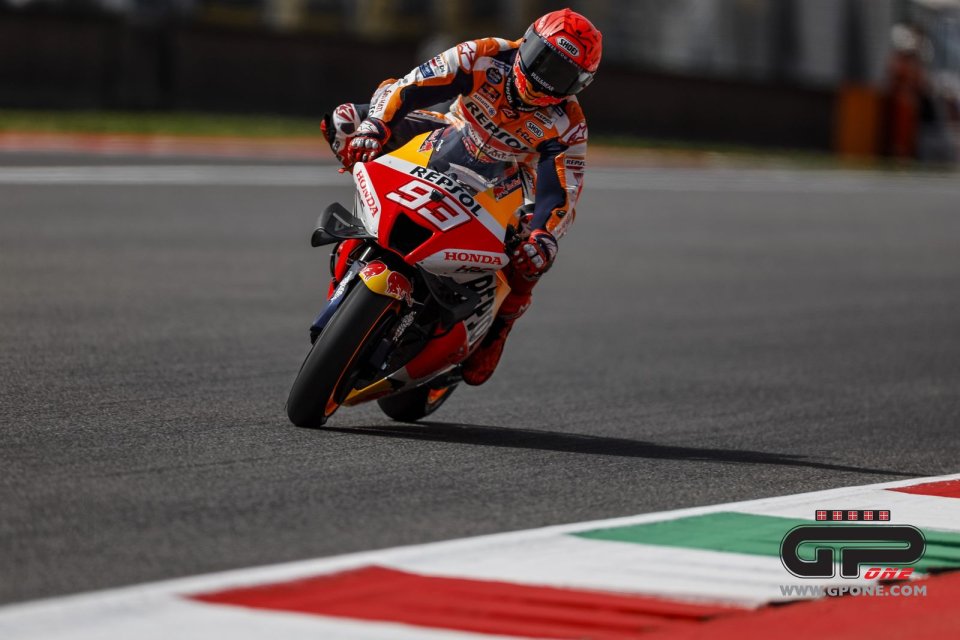 'The show is lacking in MotoGP' is a phrase that is heard more often, and with good reason. If by spectacle we mean battles full of overtaking until the last lap for victory, then it is absent in the premier class. One thing, however, is if it is the fans or the media who say it, it is another if it is one of the historic (and most generous) sponsors of the world championship.

Repsol has done just that and used the pages of its blog to send a very clear message: the technological drift is causing considerable harm to motorcycle racing. When a company like Repsol decides to take pen and paper (metaphorically, in the electronic age), you need to carefully read what it writes (you can do it by clicking HERE). Because it is clear that it wants to send a message and ignoring it would be the worst thing.

Basically, the article tells of the birth of MotoGP as a class with very free regulations ("There were all types of engine configurations: V5, V4, straight-four, straight-three…") which was then distorted. First with the introduction in 2009 of an exclusive tyre supplier, then in 2015 with the single control unit, all technical expedients to level the bikes and produce more spectacle: "which makes us have the most balanced championship in history”.

Things, however, have gotten out of hand. “This season the situation has exacerbated to the point that it is more and more complex to overtake. Implementing new technologies, like massive use of aerodynamic elements, or systems that modify the height of the bike to gain acceleration efficiency, make overtaking more and more difficult. You now no longer depend only on the potential of your engine and your skills. You drive faster and brake in less time, and that makes it much more difficult to gain enough time and meters to carry out the overtaking manoeuvre safely.”

Here the message is clear: technology is ruining motorcycle racing, or rather its spectacle. As happened in Formula 1 with very fast cars, but which made overtaking impossible. The fans, however, don't care if track records are constantly being beaten, if the races are reduced to little trains from green light to chequered flag.

“One detail that cannot be overlooked about this technology – referring to aerodynamics - is its influence on the riders’ physical appearance. Muscle injuries in the forearms of riders are becoming more and more frequent, a common problem for most riders. Much of the responsibility for this discomfort lies with aerodynamics. Spoilers and other devices that apply a large load on the bike make the bikes physically tougher to ride.”

Repsol recalls how HRC, when it was headed by Shuhei Nakamoto, made aerodynamic experiments on the 500 and the lap gain was 2 seconds, but they were shelved because "they were catastrophic for the rider’s arms as they could not continuously ride at that pace.”

The last point, this time not technical but regarding the organization, is the length of the championship. This year there won’t be 21 races but only because of the cancellation of the Finnish GP. “Riders must be able to perform over more than eight continuous months of competition, a very long time for top-level competition. The championship has become a test of consistency, and it is almost more important not to make mistakes or accumulate zeros or bad scores than the scarce advantage that a win gives over second or third place. That's why riders are somewhat more conservative.”

The analysis is undoubtedly correct and the fact that a sponsor has taken the trouble to do it should set off alarm bells for Dorna. The bubble could break and the investors might flee, as spectators from some circuits are already doing.

Repsol's comment is corporate, but also one that can be shared: “With this approach, it is easy to understand why we miss Marc Márquez; ambitious and non-conformist, he has always distinguished himself by his continuous fight for victory, trying until the last turn when he has the chance. With him in an optimal state of form, combativeness and the spectacle are guaranteed.”

All true, but a rider cannot be the cure for all the ills of motorcycling. Valentino Rossi has demonstrated that...