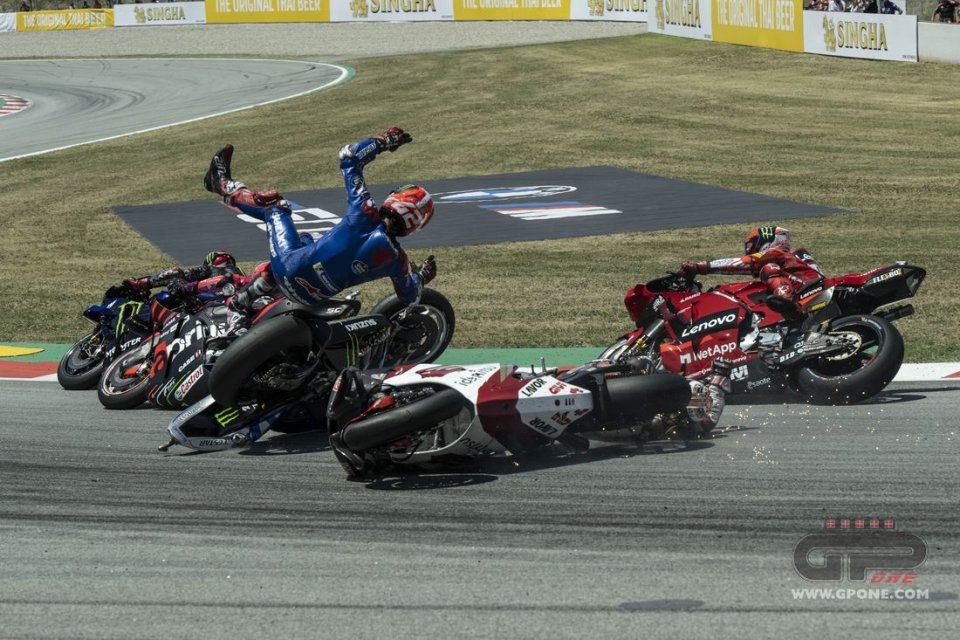 Quartararo’s victory, Espargarò’s carelessness, Nakagami’s madness, the absence of Race Direction and Stewards: in short, the Barcelona GP. Great in some respects, unforgettable (but in the opposite sense) in others. This is the spectacle of MotoGP baby! Not always uplifting and almost never the fault of the riders.

THE GOOD - When it’s his day, with a clear track in front and 25 points on the horizon, nothing can stop Fabio Quartararo. Fast and elegant, he makes racing on a bar of soap that is the Barcelona asphalt seem simple. Luck gave him a hand by putting a spanner in the works of his opponents, and he did it with the bold and the champions. 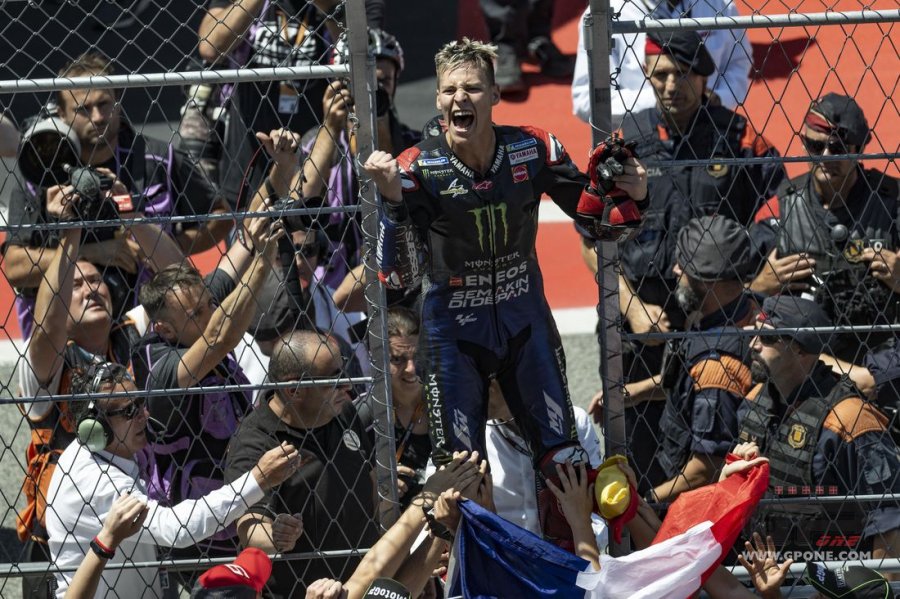 THE BAD - Poor MotoGP, in which experienced riders lose their heads (metaphorically, but with the risk of it actually happening) and judges do not judge, perhaps due to incompetence, because if this were not the case, the other option would be even more serious. Poor Bagnaia for once innocent and poor Rins with a broken wrist. Poor us, who would like to see a clean and regular show (yes, in short, a sport) but we find ourselves faced with a farce that only makes us cry.

THE UGLY - Bastianini gave an encore, but the wrong one. The one where you don’t pick up applause but gravel. Two mistakes, in two weeks, in two consecutive races, breaking the monotony of the figures there are only the number of points conquered: zero. You learn by making mistakes, Enea will have to undergo a crash course from here to the Sachsenring.

THE DISAPPOINTMENT - 'This life is a chain / sometimes it hurts a little' sang Lucio Dalla. Who maybe knew, as he was a motorcyclist, that if it breaks it hurts even more. For sure Dennis Foggia knows. Toothache… of the chain.

THE CONFIRMATION - We will talk about the religious building built in a few seconds by Aleix Espargarò below. First, however, we must congratulate Aprilia. A mature, fast and consistent bike, seeing two more next year is good news.

THE PASS - Vietti's on the last lap on Canet. Exactly what Celestino needed to regain confidence and keep hold of his first place in the World Championship. He also won the race, which never goes amiss. 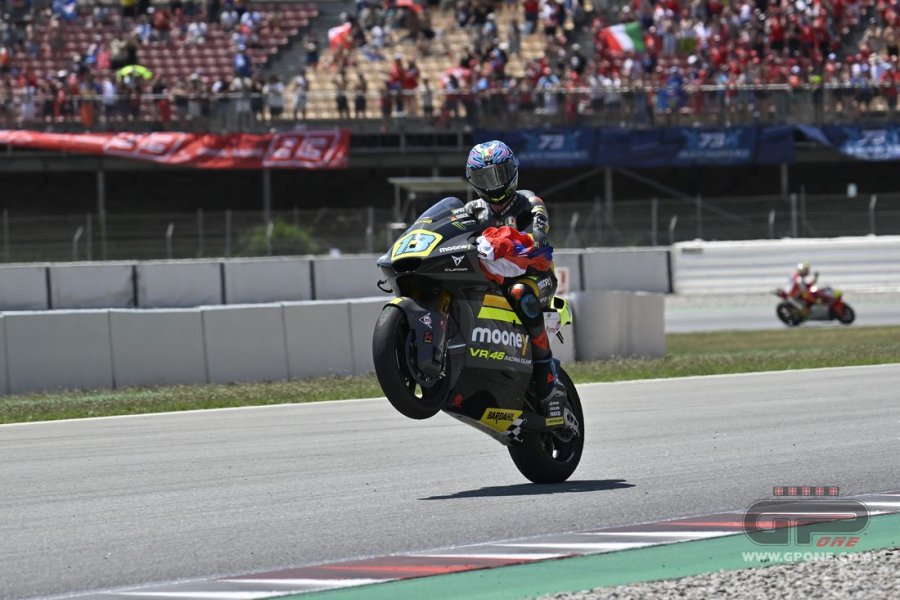 THE ERROR - We are unable to rub it in. Aleix Espargarò must have been thinking about it too much and his elementary school math teacher is in total despair. Albesiano is thinking of mounting an abacus on the RS-GP.

THE SURPRISE - David Munoz, who he? A 16-year-old boy, in his second race in the World Championship who finished on the podium. Enough said.

THE CURIOSITY - After Aleix Espargarò's mistake, a mechanic in the Aprilia garage invoked divinities belonging to 6 different pantheons, combining them with rather cheesy epithets. His lips left no doubts about what he said, but the Spaniard gave him a rosary to put him back on the right track. 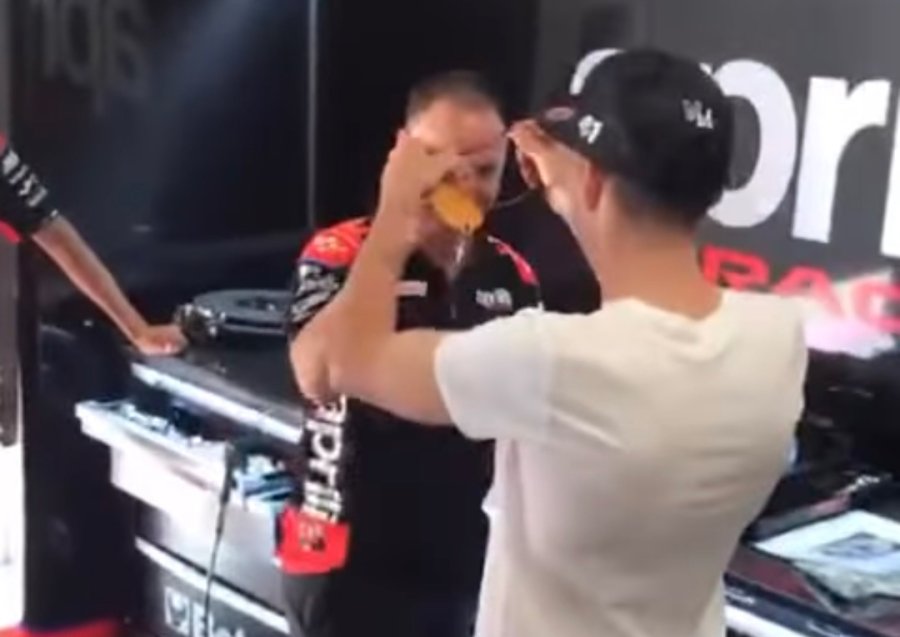 I TOLD YOU SO - "The Stewards need to be changed". Almost all the riders said it, we have the feeling that their voices will remain unheard.