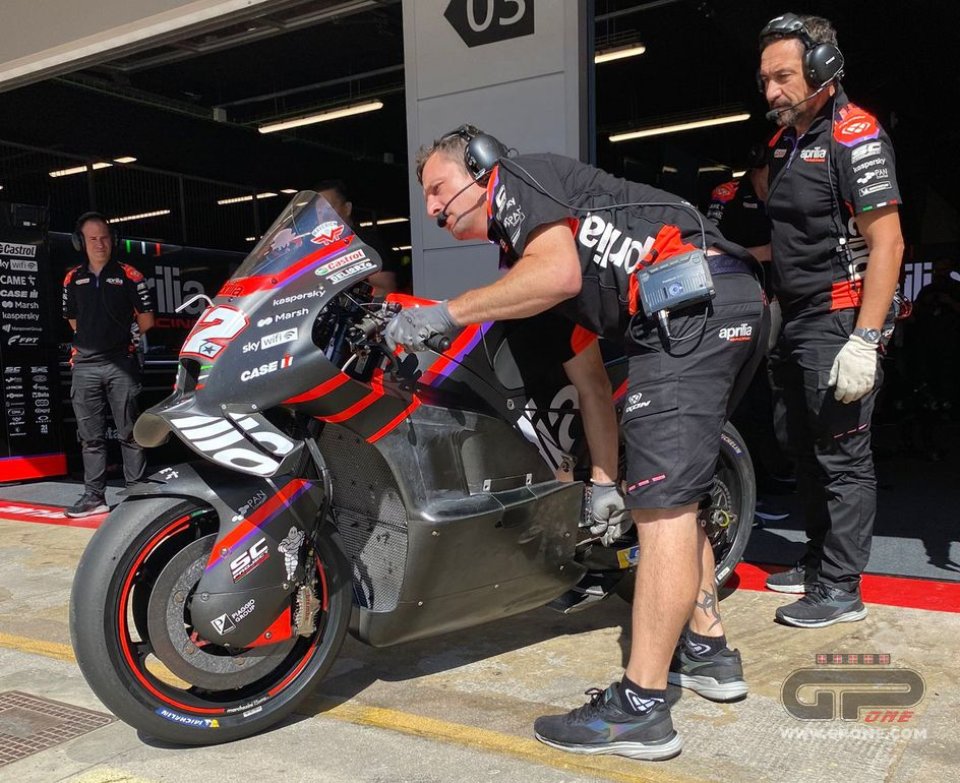 Aerodynamic evolution in Noale continues, at Mugello a spoiler was seen on the rear tail of the RS-GP, while a revolutionary fairing has made its debut at the Barcelona tests. This time we are not talking about the front fairing but the side pods of the fairing. As you can see in the photo above, the shapes are absolutely innovative for a MotoGP and are more reminiscent of those of an airplane.

The new fairing, which for now has only been mounted on a Vinales bike, should be able to clean the air flow, not only what passes on the outside but also on the inside.

The shapes are very different from the ones we are used to, with the fairing that creates a real step and is a lot wider in its lower part.

The new features on the Aprilia do not stop there, because a new tail with a wavy upper shape has also been fitted. You can see it below: 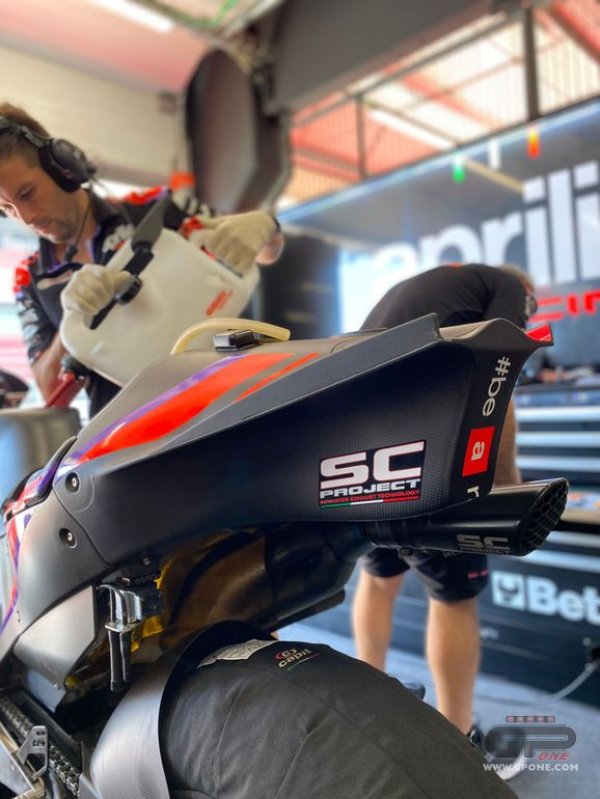