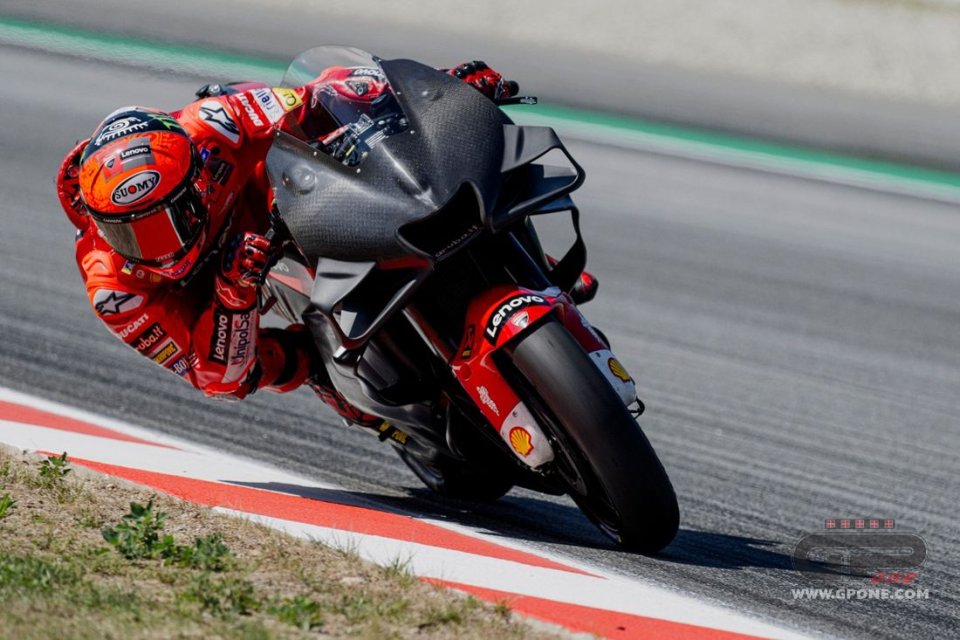 After Aprilia, Ducati has also brought an evolution of the aerodynamics of its bike to the Barcelona tests. It is not a revolutionary project like that of Noale, but an evolution of the current fairing. The shape of the front fairing is more pointed and the wings have a slightly different shape, with a concavity at the top.

Pecco Bagnaia, Jack Miller and Enea Bastianini have at their disposal the aerodynamic evolution. If the tests are positive, the fairing could make its debut in the race after the summer, in the Silverstone Grand Prix.