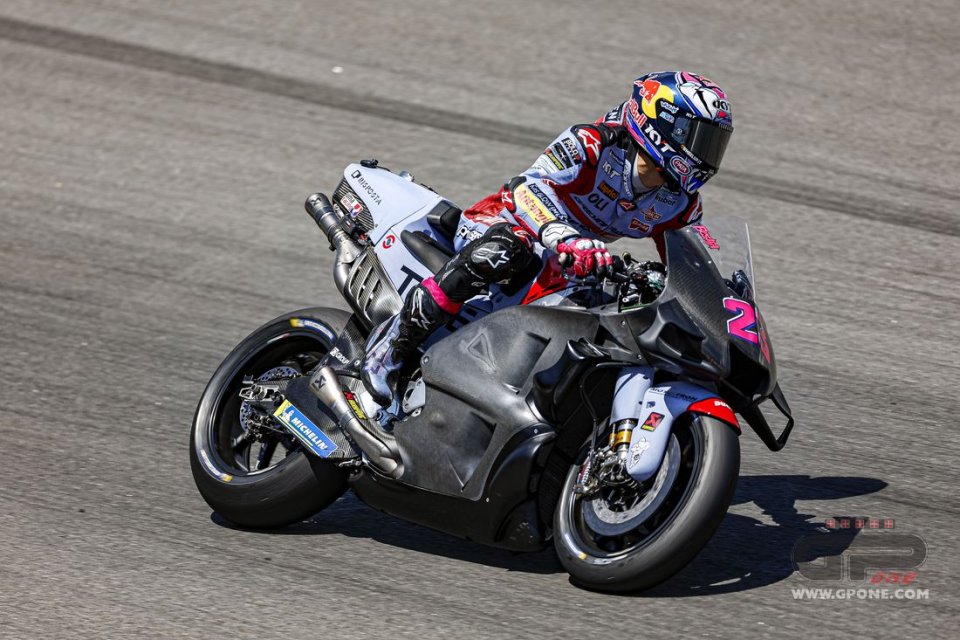 Monday's tests at Montmelò are over, and some of the Ducati riders had the opportunity to try a new fairing, which they promoted. Luca Marini, Jack Miller and Enea Bastianini all said they were satisfied with the improvements, especially in corner entry. The new fairing might be used as early as Silverstone, after the summer break.

"It was a positive day - Luca Marini told us - I am satisfied with the tests. Maybe we have already found some solutions, but we will see it at the Sachsenring. We mainly tested the setup and the new fairing. With the fairing the feelings are better in corner entry, on the straight maybe we can gain 1 km/h, but we need to check the data to be more certain. "

In the last few races your performance has improved.

"We have found a good base that works, we make some small changes but the DNA of the bike remains the same. Today in the tests the circuit still had grip problems, but not at the levels of Sunday's race".

Jack Miller was also satisfied with the new fairing.

"Today went very well - continued Jack Miller - it felt like riding another bike. The pace was fast, the feeling was good. I tried some different setups, but the track conditions are different from the race so it's difficult to be really certain. The fairing gave me very good impressions, obviously it has advantages and disadvantages, my arms get more air, but when entering a corner the bike turns better. With one of the older larger fairings, the body got less air but it sacrificed something when cornering. It could be a good solution on some circuits. "

In the race, you opted for a hard rear tyre, a wrong choice?

"On paper, the data directed us towards that option. At the end of the race I waited for the bike of Zarco, who opted for the same compound, to return to the pits to download the data and see clearly. He rode more aggressively and managed to make good times in the end ".

Enea: "I will definitely use it"

"We took a step forward - Enea said - nothing revolutionary, but the pace has improved. I tried a new setup of the fork, in the corners we improved in speed, and with the new fairing the bike improves a lot when entering the fast corners. Overall it was a positive day ".

Do you have any idea when we will see this new fairing in action?

"I don't know for sure, probably after the summer break."

In which circuits could it prove beneficial?

"Obviously in those circuits with many changes of direction, like Silverstone, it could make a difference. Also in terms of top speed it equals my previous setup. The previous version I had decided not to use because I didn't want to stake the homologation. This new version instead I will definitely use as soon as it is available" concluded the Gresini team rider.