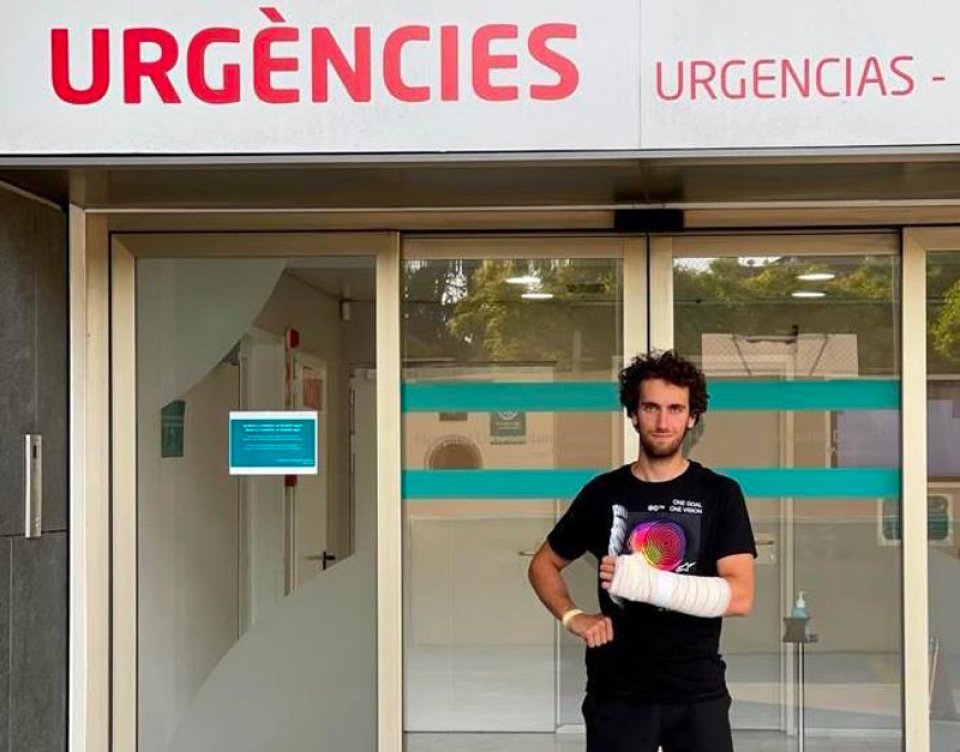 A season to forget for Suzuki. Following a check up at the medical clinic, Suzuki officially announced that Rins has a broken left wrist and will miss tomorrow's tests at the Catalunya circuit while, for the Sachsenring race, further assessments will be needed.

Following the serious accident at Turn 1 of the Catalan Grand Prix, Alex Rins underwent tests at the Hospital Universitari Dexeus in Barcelona. An initial check-up revealed a non-displaced fracture of the pyramidal, or triquetral bone, of his left wrist. An MRI confirmed that there was no damage to the ligaments.

His left ankle was also examined after Rins stated he felt pain that turned out to be inflammation.

Xavier Mir, Head of the Elbow, Hand, and Microsurgery Unit (Icatma) at the Dexeus University Hospital, explained "Alex Rins suffered a trauma to his left wrist. We performed clinical, radiological, CT, and MRI exams, which confirm a fracture of the pyramidal bone of the left carpus, with significant peripheral bone edema. We believe he should be immobilized and should undergo electromagnetic therapy for ten days, to be followed up with an addition check-up after this period of time."