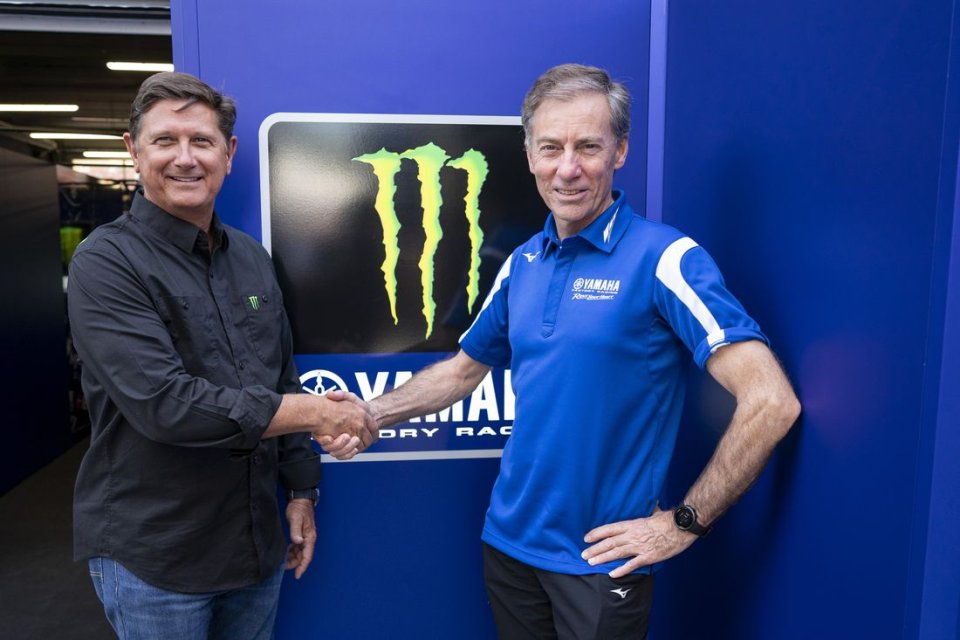 After the announcement of the renewal of Quartararo on Thursday, the factory Yamaha team today announced that Monster will remain on the M1 fairings as title sponsor. The duration of the contract was not specified, with only a multi-year agreement announced.

The energy drink brand became Yamaha's title sponsor in 2019 and this is the first renewal.

“Monster Energy and Yamaha have had a long history of racing together at the very pinnacle of motorcycle racing and during that time we have forged a successful partnership both on and off the racetrack – added Rodney Sacks, Chairman of Monster Energy Corporation - Watching Fabio win the MotoGP World Championship last year on board his Monster Energy Yamaha YZR-M1 was one of many highlights we have enjoyed in our time together, and we look forward to several more years of racing together with Yamaha in MotoGP.”