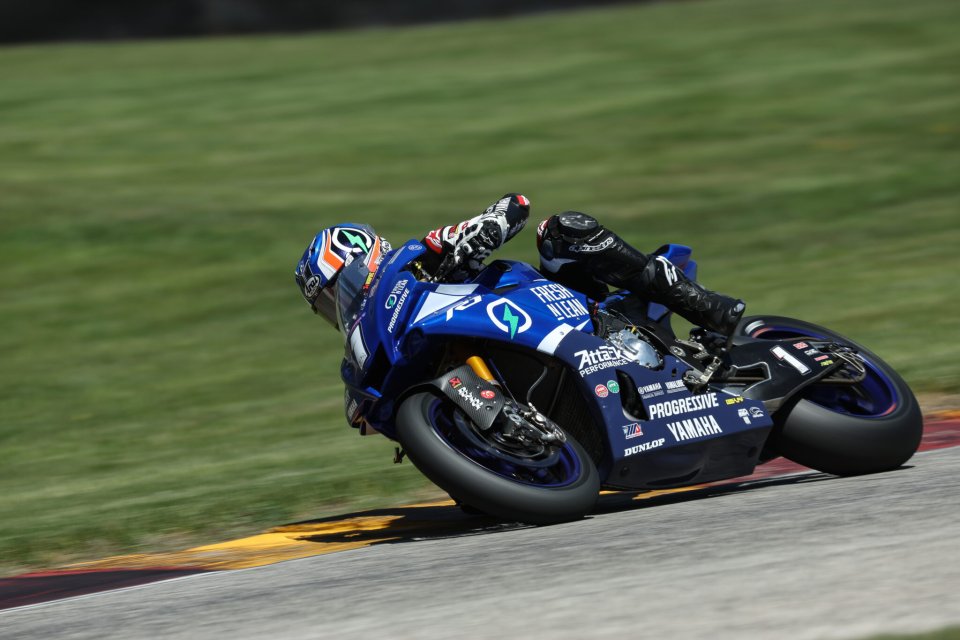 For a few minutes on Friday afternoon it looked as though Cameron Petersen was going to earn a surprise provisional pole position for this weekend’s two MotoAmerica Medallia Superbike races at Road America. Turns out, it was only for a few minutes as his teammate Jake Gagne burst his bubble and snatched the top spot away on his final go-around.

Gagne lapped at 2:11.384 on a sunny but windy day in Elkhart Lake to lead Petersen by .349 of a second with the Yamaha duo putting a little fear in the rest as they have a gap over the field.

Westby Racing’s Mathew Scholtz was third fastest – 1.2 seconds behind Gagne and almost a second behind Petersen.

Tytlers Cycle Racing’s PJ Jacobsen ended up fourth with his 2:13.4789, set prior to crashing out of the session. He was just a tick faster than Road America first-timer Danilo Petrucci, the Italian ending up with a best of 2:13.514 and struggling with his fitness as well as a new track to learn. 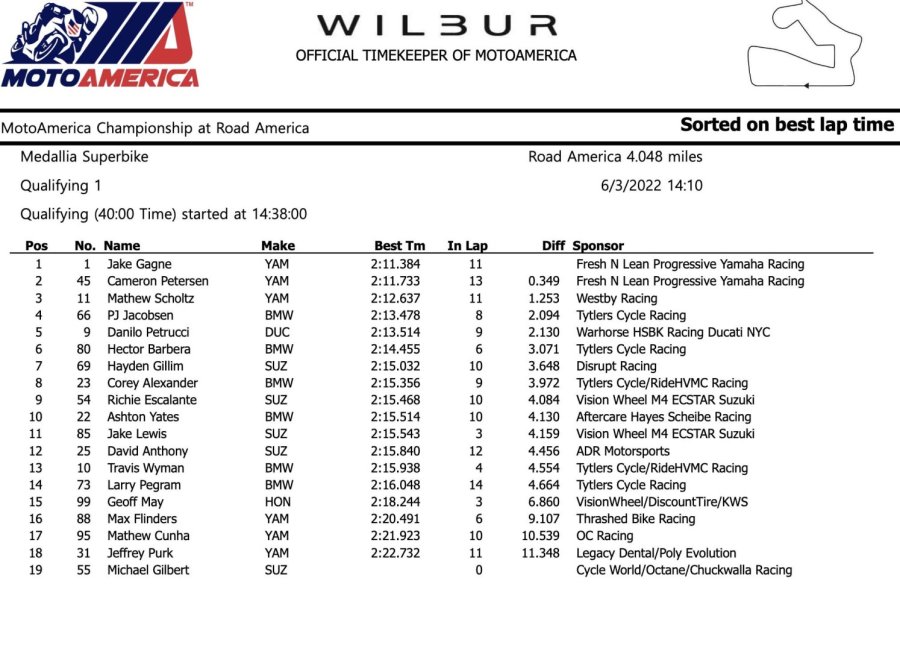 Gagne ups the ante at Brainerd: Petrucci only 3rd in Minnesota