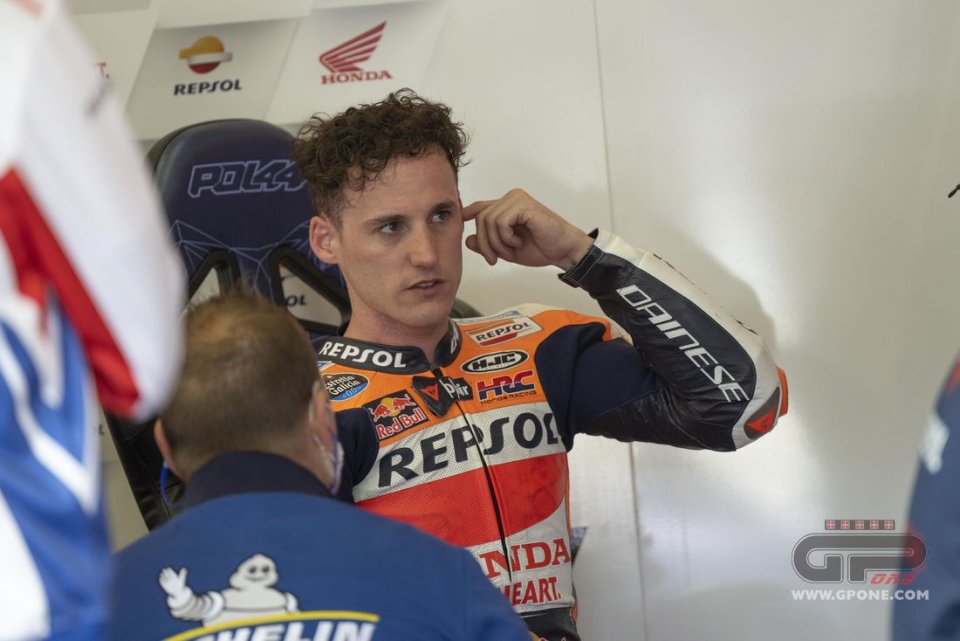 Of the Espargarò brothers Pol has always been the most successful, compared to Aleix, but today the paths of the two have divided.

The eldest of the brothers is fighting for the MotoGP world championship, while 'little' Pol, who won the Moto2 championship in 2013, has to look around because Honda has just put him to one side.

In fact, at the eighth round of the season, Honda has decided to give Takaaki Nakagami and not the Spaniard the new material, chassis and swing-arm, which Marc Márquez used in the last Italian GP. Pol is a good guy however and he has accepted the situation.

"In the last race Marc was testing a new chassis and swing-arm, especially this last part has some improvement – explained Pol - more than the chassis, and Honda's decision is to pass the parts to Taka, who is also a factory rider. I'm going to keep fighting with the tools I have. I am a rider and I have to ride the bike as fast as I can. The decisions of who gets the material or who evolves the bike is entirely up to Honda. What you want is to have a lot of new parts to turn it around, this is not happening and we only have a new chassis and swing-arm and Taka is going to use them.”

Pol knows perfectly well that a rider on his way out is not allowed to try out the new material. He will continue to use the spoon to cool the rear tyre, as the Montmelò track puts a strain on the tyres, but that's all.

His brother Aleix has 'sponsored' him for a place in the Aprilia satellite team, which will be managed by Razali's WithU team next year, but Alex Rins seems the closest to signing. In addition, on the market there is also Oliveira, who seems destined to hand over his place in KTM to Jack Miller. There is a lot of competition, and the bikes available after Suzuki's withdrawal are few.