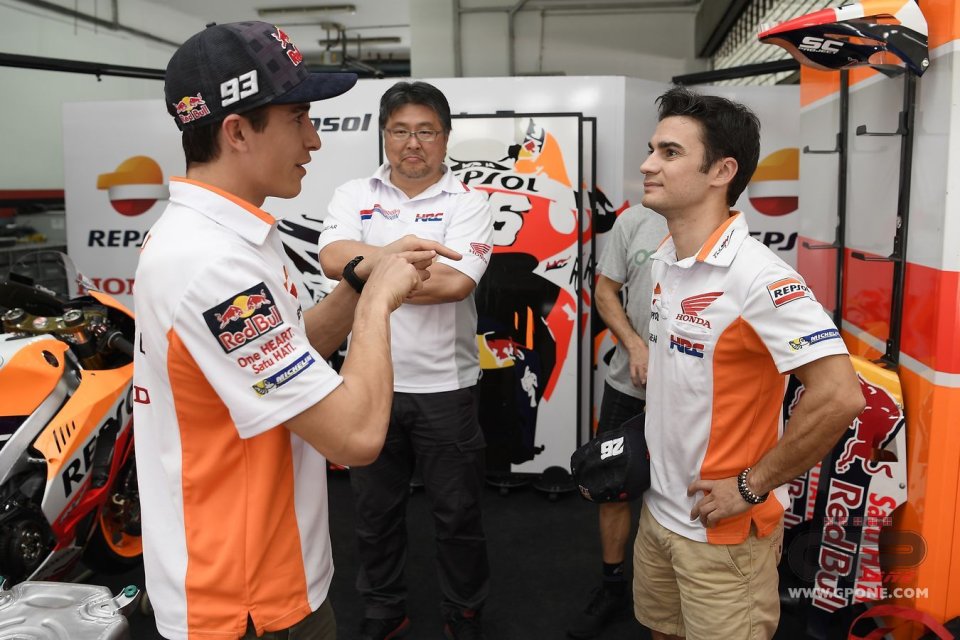 Dani Pedrosa knows what it means to suffer. He’s had countless injuries in his career, which he faced one after the other, but he always returned to bikes. A story similar to what Marc Marquez is experiencing, who’s currently at the Mayo clinic in Minnesota, where he’ll be undergoing surgery for his right arm today, for the fourth time.

"I understand what Marquez is going through,” Dani explained in an interview with AS. “Obviously, every injury is different, but when I say that I understand it, it’s because I understand the fear, the suffering, the doubt, the uncertainties, the difficulty of being in that situation against the other riders who are in excellent condition. All champions, sooner or later, go through these moments."

It is perhaps the most difficult test for them. Not against an outside enemy but against themselves. Sometimes you win, but sometimes you can’t. In 2015, Pedrosa decided to stop during the Qatar race to have surgery on his arm for compartment syndrome. Even in his case, the timing of his return was uncertain when he made the announcement. He had also gone to the Mayo clinic that winter.

“I didn't find the answer I was looking for. I started the season because I didn't have a solution, and I had to start all over again,” he concluded.

Pedrosa: "Stoner opened my eyes when I figured out how he rode"