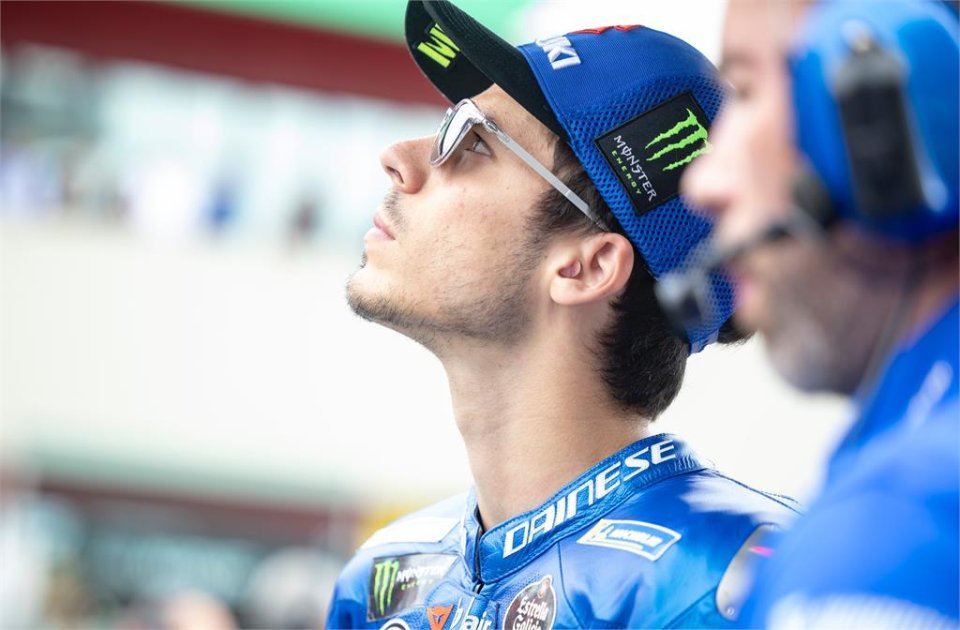 Amidst a series of doubts and questions, Joan Mir has arrived at the Barcelona race with the aim of making amends for the recent disappointments of Mugello. The Spaniard is fully aware of the situation, but at the same time concerned about recent events that occurred at the Italian GP.

Mir took everyone by surprise when he explained a detail…

“Unfortunately at Mugello I struggled a lot and I didn't expect it - he said - but it wasn't for the result. We found a problem that has been with us from several races and at Mugello it reached its peak. The team worked to understand it and it looks as if they have managed to find solutions, as we did not understand the situation well before. Knowing that we understand what it is, however, gives me more motivation for this race, where the goal will be to get a good result. In fact, I don't want to repeat what happened in the last few races ”.

Joan didn’t want to go into detail though.

“I can't talk about what the problem is. The only thing I can say is that in some races I have been complaining of front end problems, including Le Mans, where I lost the front and ended up on the ground. Sometimes it's my fault, sometimes it's not. The fact that we understand the problem will allow us to work in the test and start from scratch ”.

Speaking of tests, we are beginning to wonder what cards the Japanese manufacturer will reveal on Monday.

"Suzuki has stopped development for 2023, not 2022, as the goal is to finish this season in the best possible way. In Japan they are working hard, and we expect some new things for the test. I want to be optimistic, because the team is motivated ”.

In addition to the track, we also talked about contracts. Mir is asked if he has any news.

“Honestly, I don't know what to answer you. I would like to have some news as soon as possible, but at the moment I don't have any and I don't even know when I will. It is a difficult situation for many reasons and the only thing we can do is to keep giving our best on the track as I am doing. Obviously I would like to have news, that I won’t deny ”.

Meanwhile Quartararo has renewed with a two-year deal until 2024.

“Fabio is happy with Yamaha, as well as the manufacturer, both are very competitive, as they are always fighting for the podium, and eventually getting the victory. I expected them to continue the adventure ".

Speaking of the market, Joan's future looks as if it will lie in Honda. A bike that is currently suffering in its development compared to the other manufacturers.

"I don't want to answer, because they are in difficulty."

After the transfer market, we go back to talking about the track.

“When you are not confident on the bike and you are a second slower it is difficult, because you are not in the position you want to be. My impression is that Suzuki's potential is better than in 2021 and I am convinced we can be competitive again. Among other things, Alex also encountered the same difficulties in the last race ".

The fact is that Barcelona is a completely different track than Mugello, where the grip is lower.

“This aspect might help, but I would have liked to have carried out a test after the Mugello GP, with the same conditions as the race. We will test here in Barcelona anyway and it will be a very important test. We have the potential to do well ”.

Despite the difficulties, Mir doesn't want to throw in the towel.

"As I said, the motivation is there and the goal is to win and have some good races. Because motivation then generates motivation within the team ".