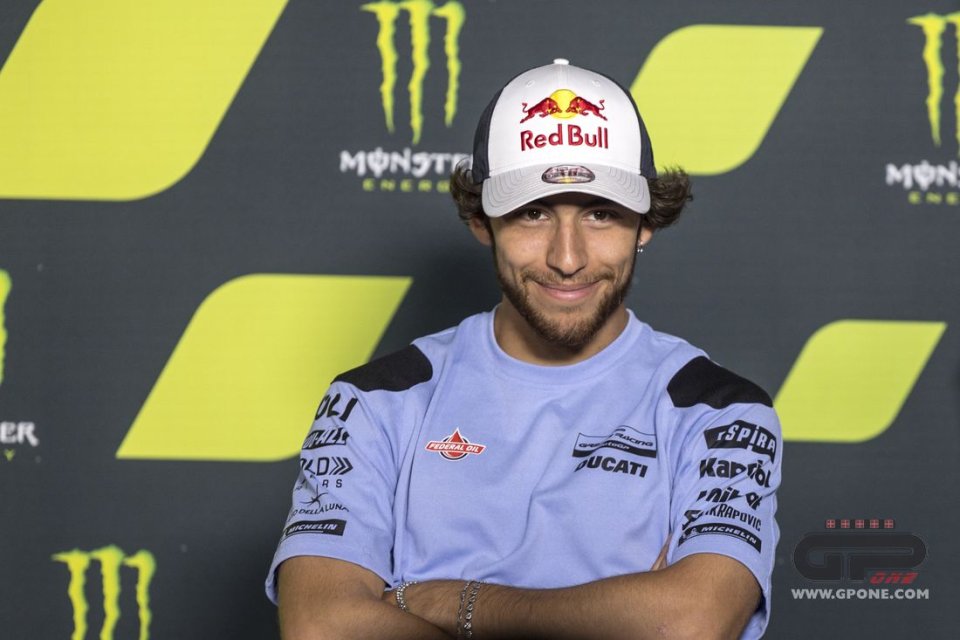 It was time for Bastianini to get back on track. At Mugello, he once again demonstrated that he had the pace to be up there with the top riders, but everything ended with a fall. So, to help him quickly forget his total flop, the Barcelona circuit came to the rescue.

"A nice track. Very fast, but also very technical,”  the Gresini team’s rider said on a positive note. “I know I'm coming from a not really great race, but I'm motivated to start at my best. It was complicated here last year, but it was my first time in the MotoGP. There’s little grip, and I know I have to adapt my riding style to these conditions."

Also because Enea is the only rider to have won 3 races in the beginning of this season, but when he failed, he had fallen or was far from the podium.

"I have to be able to be more  consistent," he admitted. "I’ve had  some good races, but also some bad ones, like those at Mugello and Portimao. I need to be more focused and able to have fun. In the last two GPs, I lost some confidence with the front. It was difficult to stop the bike, but I understood why, and now we know how to intervene."

If anyone thinks that the uncertainty about his contract for next year will influence him, according to Bastianini, they’re wrong.

"It's not something that distracts me," he said. "It's true that I haven't signed with Ducati yet, but I've already got what I wanted. Now I just have to figure out which team I'm going to race with. I'll stay with them and have a nice technical package, which is the most important thing. The rest is not a problem, I know I can be fast in any team."

His bike satisfies him even now, and he thinks it’ll be able to help him ("I think that, with the GP21, it’ll be easier than last year. Surely, it’ll give me a hand in qualifying."), also because his opponents are still around.

"Quartararo is riding in an incredible way,” Enea admitted. “But being at a high level is the general level of all the bikes. Aprilia has developed a lot. Ducati is doing fine, as is Yamaha. This makes us all closer."

But you pay for every mistake.

Tardozzi: "I argued with all the riders, but when I raced I wanted someone...