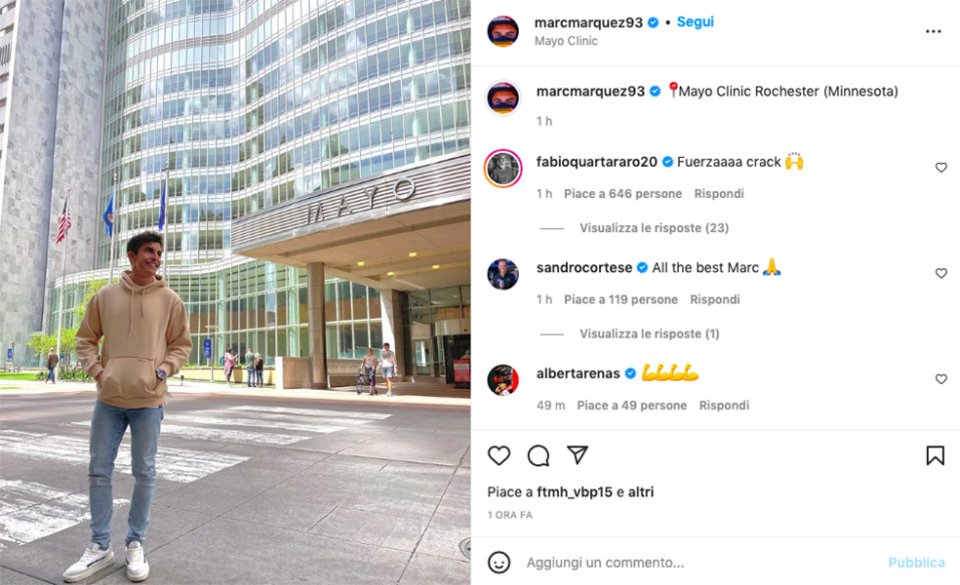 Marc Marquez has already arrived at the Mayo clinic, where in the coming days he will undergo the fourth and fateful operation on the humerus of his right arm, injured at Jerez in 2020. The Spaniard hopes, like all fans, that this will be the last stage in an ordeal that has lasted too long and that has deprived us of the pleasure of enjoying his immense talent on the track.

Marquez has decided not to accept having to live with painkillers and above all with the feeling of not being able to give his all on the bike because of a bad arm. It is a difficult decision, which will keep him away from motorbikes for an indefinite period of time, but it is also the only honest chance he has of regaining the steamroller Marquez who dominated MotoGP from 2013 to 2019, with the interlude of Lorenzo's victory in 2015. The operation will probably be carried out by Friday, if not as early as tomorrow.