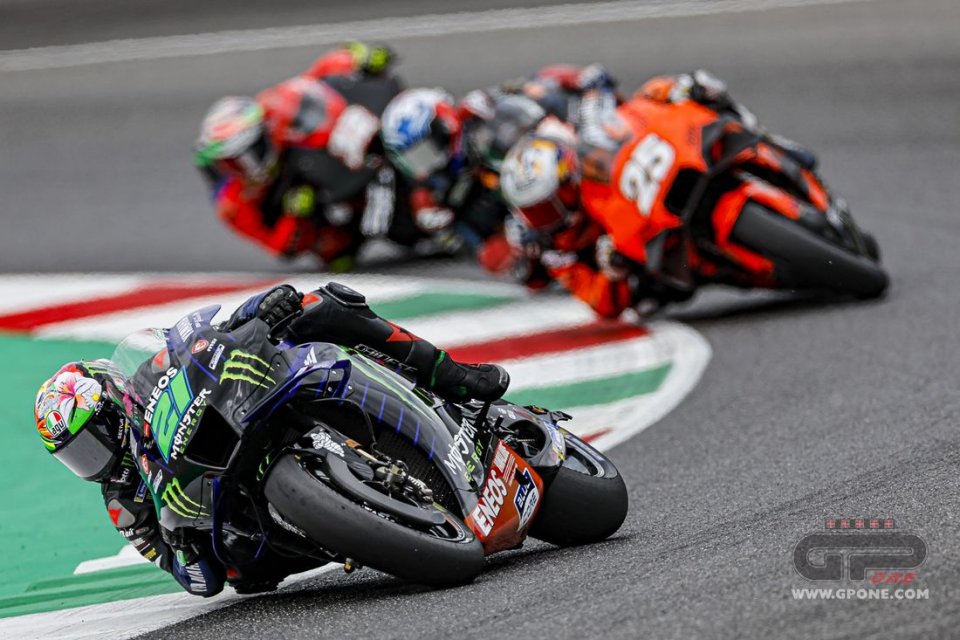 Aprilia, Ducati, Yamaha: from the Austin GP onwards there have been no other manufacturer bikes on the podium. It is the three of them who make the difference, or rather their top riders. While the bike from Noale and that of Yamaha can count on a single striker (Aleix Espargarò and Fabio Quartararo, of course) in Borgo Panigale they have a lot more names to rely on (Bagnaia and Bastianini first of all). In truth, all the official teams have two primadonnas at their disposal, but lately things have been going differently and the difference between teammates is abysmal.

It also happened at Mugello, where the difference between first and second rider is not political, but dictated by the results. As shown in the table below.

Let's start with the winner of the Italian Grand Prix, Pecco Bagnaia, and analyse his results with those of Miller, who finished just out of the points zone. The comparison is merciless: the Australian was almost 18 seconds slower than the Italian over the course of the race and even in fastest lap the difference was enormous: well over a second.

Strange, considering that Jack has already been on the podium twice this season and that last season he won 3 races. At Mugello he made a mistake at the start, even going off the track and losing a number of positions. Finding himself 22nd he managed to recover only a handful of positions: “I was struggling to overtake” he explained. Strange, seeing how Bagnaia did it with riders far faster than those with whom Miller found himself having to deal with.

Even in the Pramac satellite team the situation was not so different: just off the podium for Zarco and 13th for Martin, who reached the finish line almost 15 seconds after his teammate. Even the abundant 6 tenths of difference on the fastest lap speak of a moment of crisis for the Spaniard who last year, in his MotoGP debut, impressed both in qualifying and in the race. Jorge has a carpal tunnel problem, but even more so with the GP22, and he complained openly about it over the weekend. 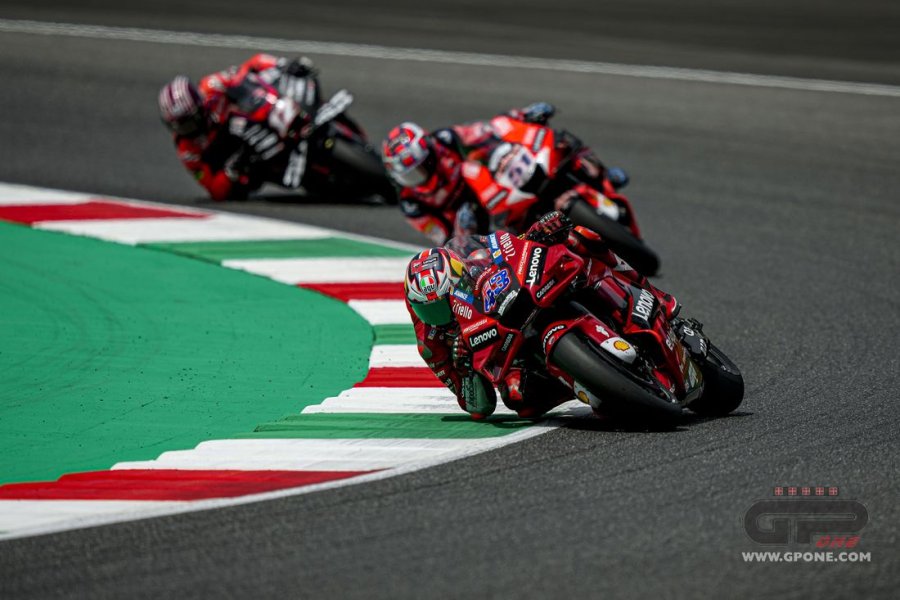 The most striking case, however, is that of Morbidelli. Franco finished 2nd in the championship just two years ago, he has been riding the Yamaha for a long time and has a lot of experience. Having Quartararo in the garage is also nothing new, but since he set foot in the factory team he is unrecognizable.

At Mugello perhaps he reached his lowest point: almost 20 seconds from his teammate at the finish line, that is to say almost a second per lap, while the difference in their best lap was 7/10 seconds. Again: Morbidelli finished behind Darryn Binder, who comes from Moto3, rides last year's M1 and also served a Long Lap Penalty. There are those who did worse than him: Dovizioso, 29 seconds behind Fabio.

It is difficult to explain what is happening to Franco, who at every GP swears he is making progress, even if the clock seems to deny it. The Yamaha rider still can't get the best out of his bike and, what is worse, he doesn't see a light at the end of the tunnel.

The subject of Vinales, however, is different. First of all, he is the one who came off the least worst at the end of the race from his teammate (about ten seconds) and also the difference from Aleix on the fastest lap was smaller (half a second). Maverick, however, did his best race performance on the third to last lap, Aleix on the fifth.

In other words, Vinales is still unable to get the best out of his RS-GP with new tyres, as his disappointing qualifying results also demonstrate. In fact, looking at the timesheets, in the last 8 laps the Spaniard managed to lap with a pace similar to that of the riders who got on the podium, if not better.