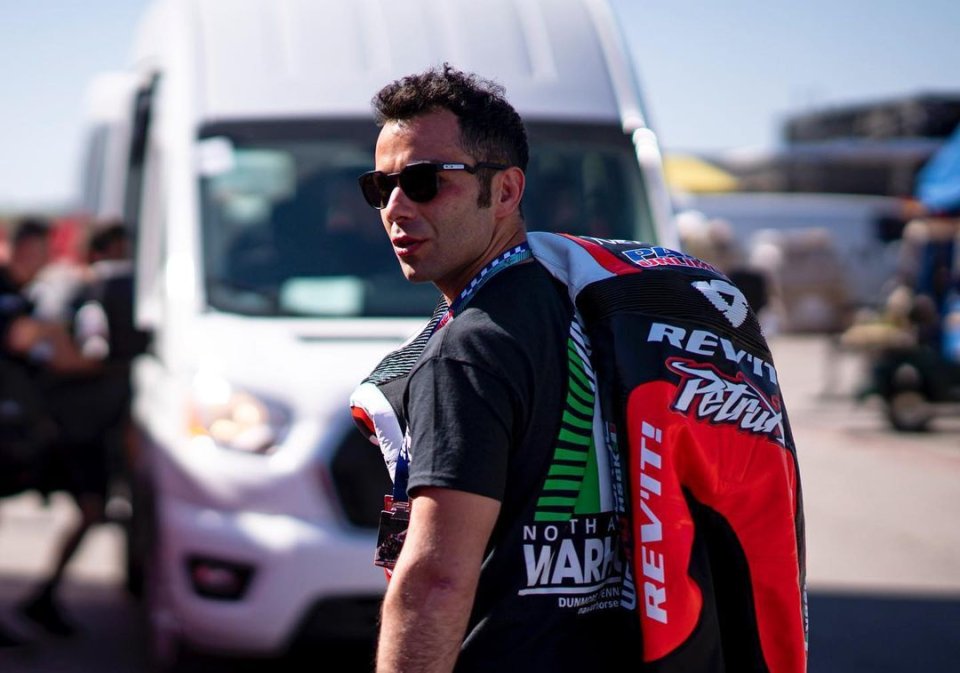 He has no intention of giving up. In fact, he raised the ante! Danilo Petrucci is leaving for the United States today where, over the weekend, he’ll be involved in the Road America round. After the events two weeks ago in Virginia, the rider from Terni returned to Italy to undergo therapy and treatments following the bad accident he had in Race 2.

Yesterday evening, just before packing his suitcases, we intercepted Danilo by phone, and he told us his impressions a few hours before his departure for the States.

"We’re ready to start again, even if I’m certainly not in tip top shape,” he said. “My health conditions are difficult. I have a major tricep muscle injury. My arm is in bad shape, but  I still want to try to race. The problems are the abrasions on my thighs, and I even broke my fibula. My priority now is figuring out  if I can race and how I'm doing."

Road America will be a sight unseen for Danilo.

"This will be my first time. I don't even know what the first turn of the track looks like. So we'll see what happens. Then I'll do a test in Minnesota, and then come home. Besides my physical condition, I hope we won’t have technical problems. Unfortunately, I had a problem with the bike when braking in Virginia, and I wasn’t effective."

Danilo then talked about last week.

“I was a mix of anger and disappointment last week. It's been a hard, hard day. Many have written to me, sent messages of affection, and I want to thank them all. Unfortunately, I didn't reply to some because I wasn't in the right mood, and I think they can understand me."