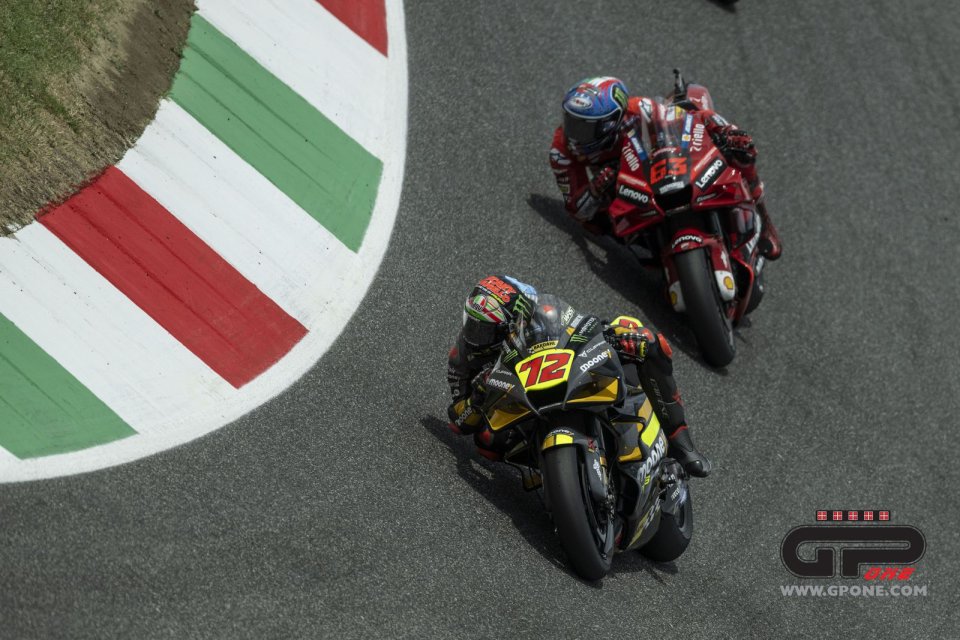 Bezzecchi arrived very close to his first MotoGP podium at Mugello, after leading the race for eight laps. Today's race was something special for Italy, with two of the rookies as stars during the days that counted.

Marco proved he was really fast here and managed to keep up with the leading group for most of the race. He lacked the perseverance and experience to get the most out of it but, in his first season in the queen class, Bez is proving to be strong.

“I'm happy. It was a good day. I was surprised about the race. When I was up front, I was fine, and I tried. In the end, it didn't go badly. It was nice to be with the fast ones and, in the end, I was also catching up to Aleix, but I was hanging with the front tire. Then Zarco fooled me."

Did you go beyond your expectations or did you think you could keep up with them?
”Looking at the paces, Pecco, Aleix and Bastianini seemed the best to me, but Quartararo was going really fast today. I congratulate him, because his bike goes slower on the straight. Anyway, I didn't do that badly. It was cool."

Is it easier than you imagined?
"No, but let's just say starting up front helps, then the group falls apart. There are three or four that make a difference, but the others are very similar. I feel good here and, in the end, I kept up with them."

How do you feel being up front at Mugello in the MotoGP. Do you think about it or don't have time to?
“Right then and there, no. But when I got back and the team told me what I had done, it was reallt nice and satisfying. A nice feeling. The MotoGP at Mugello is something special."

After 17 laps, in the first three, did you thought about the podium?
"A lot, even the last two,” Bez  said jokingly. “I was there with Aleix and I said, ‘Damn, I’m  trying it’.  I was going back under him, and I would’ve tried, but the bike warned me, and I preferred not to throw anything away. In the end, that was fine."

Do you think the podium is closer after today?
"I’d like to get one by the end of the year and, if we continue like this, I think we can do it, even if each track is different. Barcelona is similar to here, but the grip and conditions are different. It’s a goal that I’m keeping in mind."

What’s the thing that pumped you up the most?
"When I first got up head, it was the coolest thing. Then going fast for the entire race and getting close to Pecco, who won, it was really great."