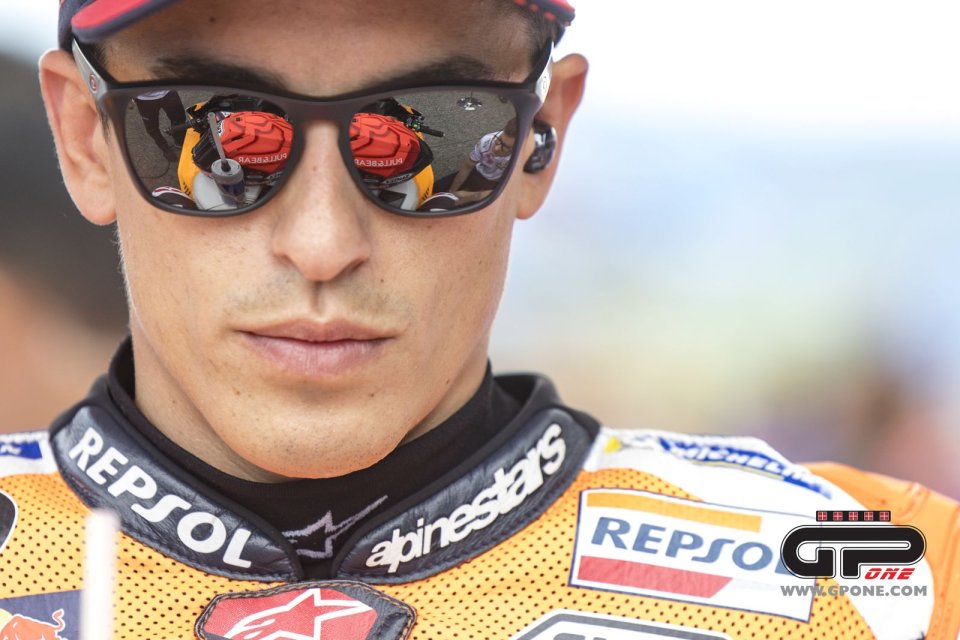 Yesterday the clouds were gathering over Mugello, and between the rain and the thunder Marquez announced his decision to undergo a new operation. The sky was grey, uncertain like the competitive future of a champion called to face the limits that had arisen at the peak of his career.

Marc Marquez then raced all the same at Mugello, a tenth place with contrasting feelings, for those who know that he could and would like to be able to do better, but who consciously chose not to risk in order to bet on a better life and competitive future. A future in which he will return not so much to win as to have fun on a motorcycle. The sky then cleared up, the choice was made. An easy decision, according to him, after two years of ordeal that forced the Spanish champion to fight not so much with his rivals as with himself.

“It was a very demanding weekend, not only about physical side, that every weekend I suffer a lot this season – the Spanish champion said - but especially about mental side it was very difficult to keep the concentration. It’s true that I received the news on Friday, but if I received that news on Wednesday or Thursday I will not race here. But I received on Friday, I was here. Honda allowed me to choose what was best for me. I decided to continue the weekend because I have raced until now. I said I will take a risk because you are riding 350km/h, but I will work for you and I worked a lot this weekend. I worked for Honda to give my input for the future. It was a difficult race, I enjoyed six, seven laps in the beginning. I did a great start and I saw the front group and I was able to ride in more or less the same pace. But I had one warning and I gave up, because I saw I had arm pump and a lot of pain and a lack of power. I finished the race, I found my group, just I ride, I finished the race.” 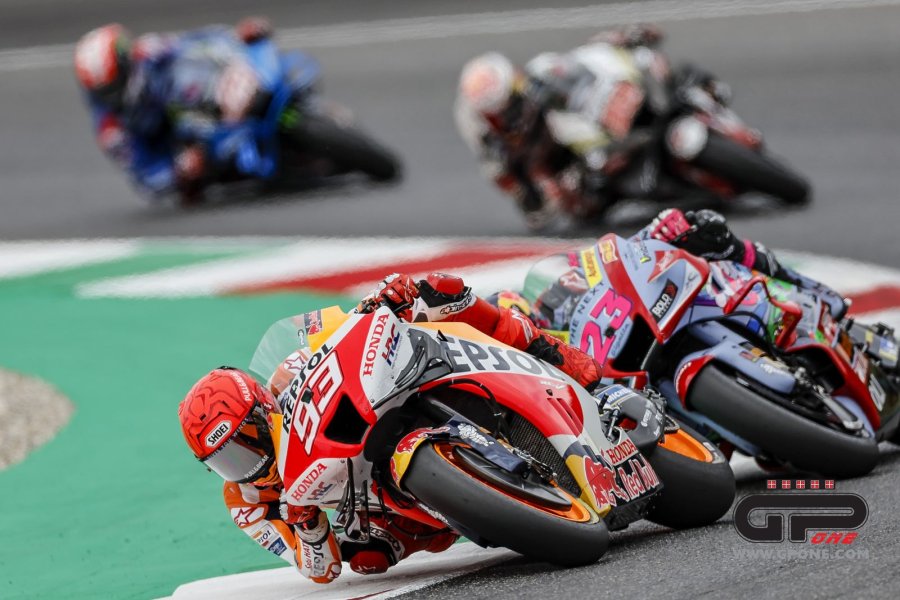 During the race, did you think you had to finish without incident for the trip to America?

"Yes, of course I raced with as much caution as possible, I had some opportunities to overtake Oliveira but I gave more importance to finishing the race without incidents. In the garage they didn't tell me specifically, but I understood that they wanted me to race safely." .

During the conference you talked about "last chance". Were you referring to the operation to try to return to your original form or is it something else?

"If the operation is a success, we will see how I will be able to ride, but at this moment riding in these conditions is impossible for me. As a last chance I was referring to the fact that, barring further complications, this could be the last chance to improve my physical condition. Having the operation is the correct decision for my future. I mean, the operation is not like ‘I will have the operation and I will win again’, no. The target of the operation was to try to enjoy it again and ride again and have normal life again, have a normal athlete life, training, forgetting the painkillers and all these things".

Does the idea that the next time you get back on a motorcycle you might be in better condition comfort you?

"Everything will depend on the outcome of the operation. But when they called me on Friday and they gave me the results and they told me all the information, I breathed. And especially Friday was one of the best days of the year. It was very bad news, but very good news.”

Did you talk about it before with someone at Honda's high levels, also to get some support?

"Obviously yes. I have a certain level of confidence with Nomura-san and we discussed it. I also spoke with Nomura, Kuwata and Wakabayashi directly. In 2020 and 2021 I was pleased to see the great mutual respect. I told them ‘the situation is this one, if you want I can continue until the end, riding like this, finishing between fifth and 10th, and maybe finishing in the podium in some races’. They told me ‘yourself is more important, your life is more important, take care about you and we will wait’. This is something incredible.”

Your body isn't the only thing that needs to improve, the bike also seems to struggle this season.

"I know they are working and trying to improve various aspects of the bike, but in my current conditions it is difficult to give an absolute judgment on the potential of the bike."

Do you already know how long the operation will take and how long you will have to spend in rehabilitation?

"We still have to plan these details. I think the operation will last a couple of hours (there are those who say it could even be eight, Ed.). I know that I will do the rehabilitation in Madrid. they will then employ the doctors in Spain who will communicate with the doctors in America. My first question was ‘you believe in the operation?’,” “They said ‘yes, we fully believe’. My second question was ‘when will I come back?’. They said ‘if you come with this mentality, stay at home. Don’t come’.”

You mentioned that shoulder pain has also affected your life outside of competition.

“My daily life is affected a lot. I was training a lot at home with motocross, with road bikes, with any kind of bikes I was training a lot. Now normal life is go home, rest for two, three days because I can’t do anything, just some legs, some cycling. And then I start to train again, physio, painkillers. I say to my doctors and to my people, riding like this I will do one more year, two more years – not more, because I am not enjoying it and I’m suffering a lot and I cannot support this on the mental side."

We saw a nice image of you riders close to the side of the track at the end of the race.

"There is always a special relationship between riders. Obviously there is rivalry but also empathy, especially in the case of serious injuries. I am talking, for example, about Aleix and also Fabio and Martin. I also met Pecco at the end of the race, the rivalry takes place on the track, but outside of it respect between riders is important ".

Who do you see at the moment as the favourites for the title this year?

"Quartararo and Bagnaia have been among the most consistent so far, but the big surprise this year was Aleix with his Aprilia. At the beginning of the season nobody would have believed it and now Aleix is ​​second in the standings. I hope the operation goes through, I would like to fight with them to the best of my abilities. "