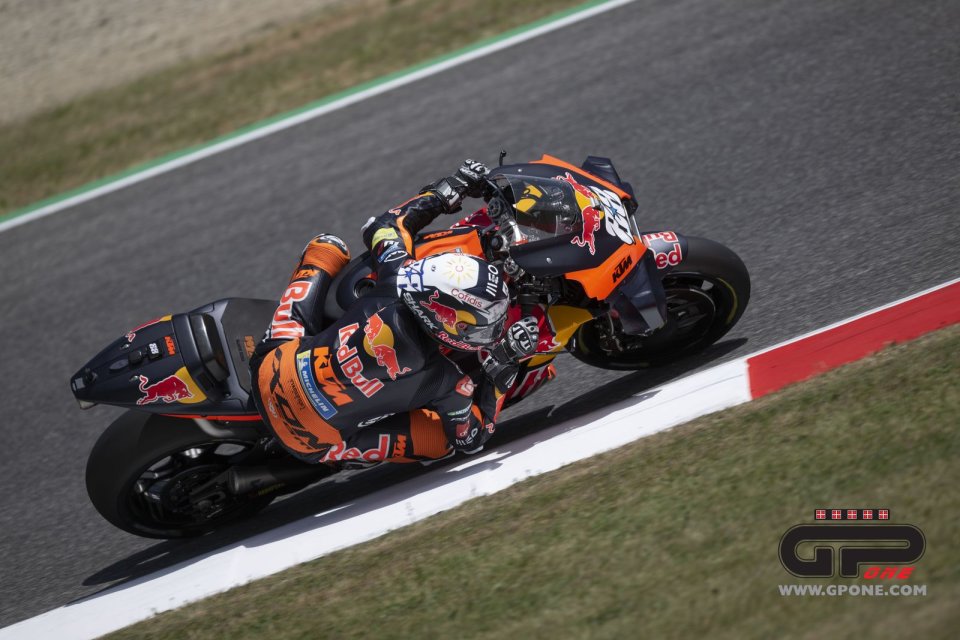 KTM admitted at Mugello that they have spoken with Miguel Oliveira, who was informed of the possibility of having to return to the Tech3 satellite team, where he had been since his MotoGP debut in 2019 and until Pol Espargaró's departure to Honda, taking his place in the first team in 2021.

The news comes from motorsport.com.

Pit Beirer, KTM's Motorsport manager, acknowledged that the news was true, admitting that the proposal had not been well received by Oliveira, on the contrary it seems to have infuriated the Portuguese rider.

Oliveira also admitted to having received this request, which he was not particularly enthusiastic about.

“This was something that was offered this week - he said, and then added - I will consider it, but it will not be my dream place.”

Beirer then added to clarify the situation.

“I told Miguel that we are talking to other riders and we want to be really open later in this year to decide which rider will be where. And there is a chance he can move over to Tech 3. That’s all I told him, I told him to be aware of this and I don’t want to use an option to make him stay. We want him to stay a KTM guy, but he must be open to be on one of these four spots.”

It is no secret that Aki Ajo, manager of Jack Miller and owner of the Moto2 world championship team, is negotiating for the Australian. At the same time, it seems that Pol Espargarò has also offered to return to the Austrian team.