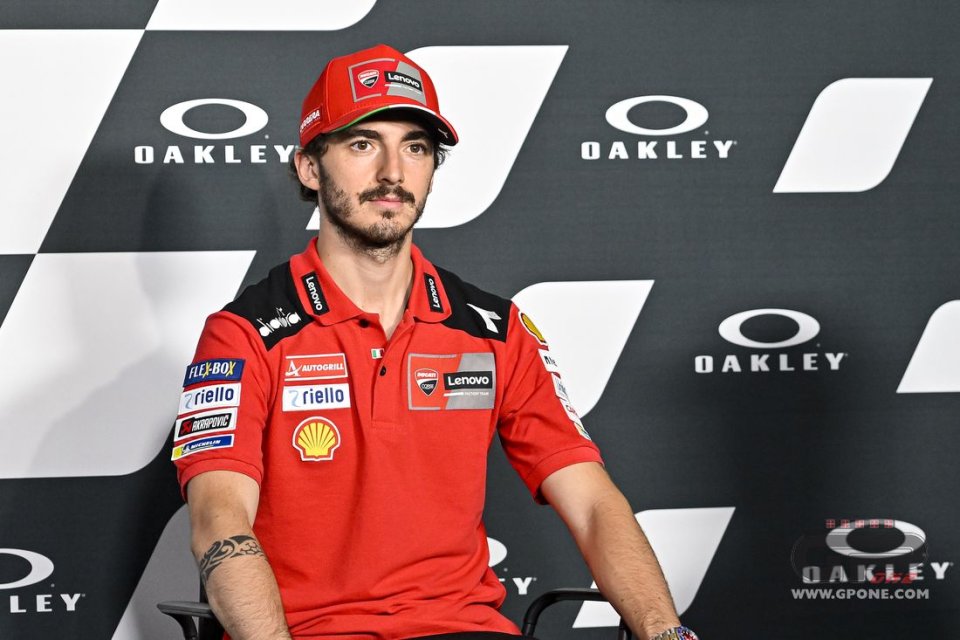 Pecco Bagnaia came home from Le Mans with nothing to show for it. After proving he could win, he saw his hopes slip through the sparks of his Ducati. A hard blow for the rider from Piedmont who was trying to recuperate important points after a difficult start of the year. During the past ten days before Mugello, he had time to swallow the bitter pill.

"Was it hard to forget the disappointment? I wouldn't say. I made a mistake and paid for it. No need to think about it anymore,” is his philosophy. “It's normal. Sometimes you're wrong, but I've had time at home to learn from what happened. There’s no better place to return than at Mugello. Last year, everything had gone well, apart from the race, but we had come from the worst Saturday we could have had," he recalled Dupasquier’s passing.

What did you learn from your mistake?
”That sometimes it's better to brake before than after,” he said laughing. “Joking aside, the lesson is that, in certain situations, you have to stay calm."

Race aside, you were very competitive here last year. Does this make you confident?
"I love this track, and I know I have the potential to be fast. Also, with the new smaller hull, we may lose some advantage on the straight, but we’ll catch up in all the other parts of the track. I want to enjoy this weekend, have fun, and think about the championship."

It’ll be the first Italian GP without Rossi on the track. Do you think this is the reason for a drop in the number of spectators?
"I don't think his withdrawal is the cause. There are other reasons I'd rather not talk about. But it’ll be a weekend that's more normal than the others for me, because Valentino will be here and with his motor home."

You arrived at Mugello by motorcycle from Borgo Panigale. How did it go?
"Fine, although we were a bit slow. It took us three hours,” he laughed. “ It’s was my first time taking the Passo della Futa on the bike, and I really enjoyed it."

How did you take the news of the Finnish GP cancellation?
"There will be one less Grand Prix, so I’ll have less chances of earning points, but also of losing them. I hope we'll be able to go there next year.”