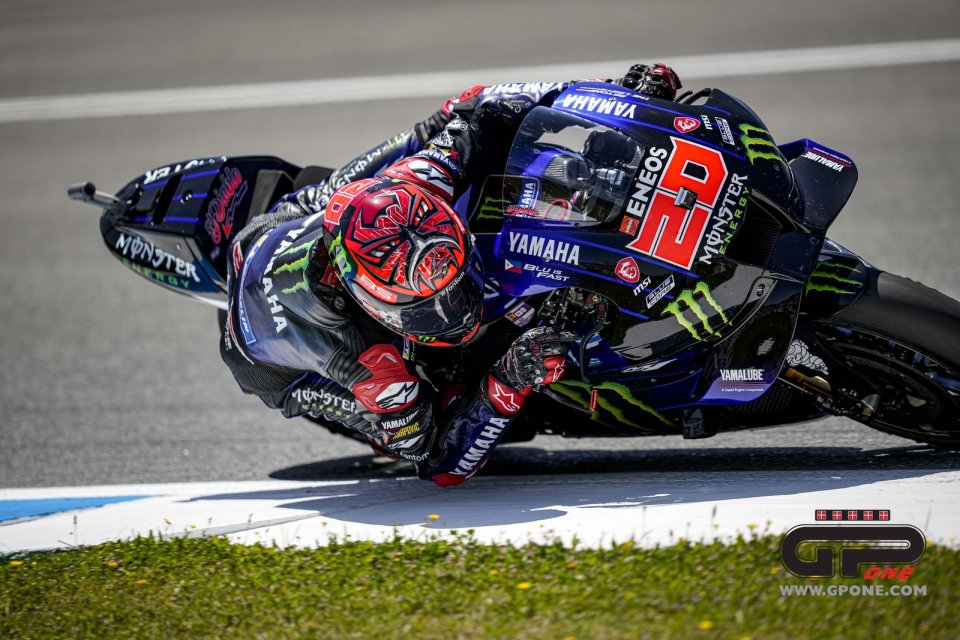 Fabio Quartararo is preparing to face two intense weeks of racing, on circuits that could potentially prove to be obstacles in a championship that still sees him at the top of the standings, but chased with very narrow margins by his rivals. Despite a complicated start to the season, the French rider has held up well and his 102 points with a win and two other podiums to his name are proof of the calibre of a rider who has not spared some criticism of Yamaha since Qatar. Chasing him just 4 points away is Aleix Espargarò who with his Aprilia has proved capable of establishing a rider-bike alchemy that few would have expected at the start of the season. A little further down is the Italian Enea Bastianini, the only rider on top of the podium on three different circuits so far, and ready to strike once again on a hunting ground even more favourable.

The Mugello weekend therefore promises to be one of the potential turning points for the French rider in a championship that has so far proved to be changeable and extremely competitive.

The next two circuits that you will have to face, here at Mugello and at Barcelona, ​​look difficult with those long straights. Despite this, you took pole and victory here on the Italian circuit last year. How important will it be to get good results in these two weeks?

"It is difficult to say because they are not bad tracks for us - Fabio said – but if we are in bad positions then it will be bad. I would say that if we get a great start and great first lap it can change our race, the qualifying and first lap. Let’s see how it goes but I think the next two races will be tough".

Last year your bike was slower than your rivals and you still managed to take pole. What strengths of your riding style and your Yamaha will you rely on at this circuit to stay competitive?

"I hope I will have more or less the same km difference than last year because we know the other manufacturers have improved a lot. I think Sector 2 and 3 are one of our strong points, our bike is really strong there and I feel good in these corners, putting yourself to the limit is a good help."

You are still in the lead in the standings, just a few points ahead of the Aprilia and the Ducati, but without arriving with major improvements like the engine for the Noale manufacturer. What will you need to repeat last year's success?

"Actually we will also have some new things, we have worked on aerodynamics and we will have a new fairing. If it is true that Aleix's new engine could make him gain a few tenths, we hope to be able to obtain the same improvements if not more with our fairing. As well as this, I can only give my best as I have done since Qatar, but the sensations are good, I am very confident. Mugello is one of my favourite circuits, it will be important in these days to find the right speed and the right pace to face Sunday's race to the best of our potential ".

What do you think about the cancellation of the Finnish GP?

"It's a shame because it's a track I would have liked to race on, but if they made this decision they must have had valid reasons."

Marc wants to create a community that unites all of his fans: "I need to have them close in this very important year"
35 min 50 sec ago