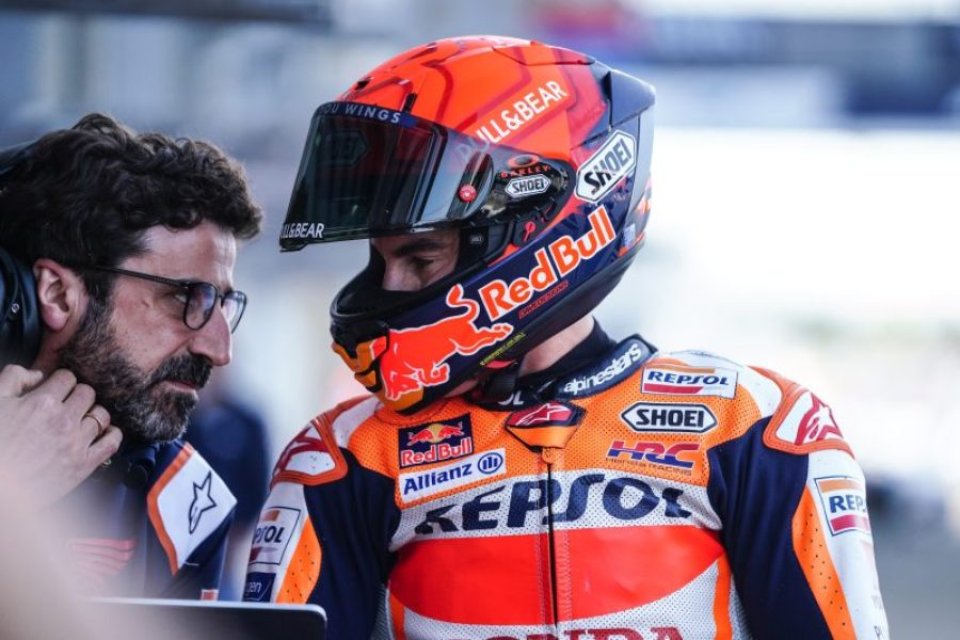 Motorcycles that struggle to overtake, evolution at the highest level, a spectacle that’s suffering, but also tracks, and looking towards 2023. These are the topics that Marc Marquez focused on the day before the start of the Italian Grand Prix.

The Spanish rider is waiting and, at the same time, curious about the Italian round of the World Championship.

"Last year, Mugello was one of the circuits where I suffered the most,” he recalled. “It's a very demanding track, but I’m curious to see how the new Honda will behave in fast corners and on long distance. Tomorrow, in the FP1, we’ll understand our level, even if I fought until the very last in the past, coming close to a victory."

So the Honda is waiting to be tested under the shadow of the three-color flag.
"With this new bike, the situation is really strange and different, because on tracks where I was strong, I struggled, as well as the opposite. I need to understand how to adapt everything and what the weekend will hold."

There was also talk of the fact that, in the MotoGP, it is increasingly difficult to overtake. The question then arises: what should they do?
"It’s impossible to reach a unanimous decision, since everyone wants to preserve their strengths. There are those who have a motorcycle with a high top speed and don’t want to intervene on the engine or those who have great aerodynamics and, consequently, you can make changes even here. But this isn’t our job, since everyone has their own idea. It’s up to the championship and the constructors to understand which direction to go, opting for more high-performing bikes or focus on the entertainment."

Marc offers his point of view.
“I agree that we need some aerodynamics, since we achieve high speeds, as well as traction control, but we must understand that we need clear rules, as well as some limits. Because, if we don't, we're getting faster and faster, but people at home won't realize that we're improving by a second and a half or two, preferring the show seen in the SBK at Estoril. I think we need to reach a compromise, knowing that it’ll be difficult. If it were up to me, I would sacrifice the rear holeshot, but I'm not the person to ask."

He ended his thought like this...
"I think that it’s always the rider who makes the difference but, going in this direction, we risk that the reality will be reversed soon. I, as I have said many times, am one who loves races with the group and many passes. Maybe it's better to be slower, but have more entertainment."

And then shifted his attention to his path towards recovery.
"I'm working on thinking about myself, trying to be faster, and constantly seeing doctors. Unfortunately, the bike doesn’t help, since I ended up  struggling with the Honda on several occasions. The Barcelona test will be fundamental, as well as that of Misano, where we’ll test things for next season."

So Marc expects answers from the East.
"I have no idea how what they’re doing  in Japan. I know they’re working hard and several new Marquez: “La MotoGP deve capire things are expected. Personally, I'm of the opinion that a small change is enough to make the Honda more competitive."

He’s definitely curious about this.
"They’re thinking about the 2023 bike at Honda, since our work is constantly evolving. We’ll then assess whether to try the new bike already in Misano or simply bring the first innovations. At the moment, we have  to work on the frame, perhaps intervening on the stiffness. Unfortunately, I don't have a great feeling with the rear at mid-corner."