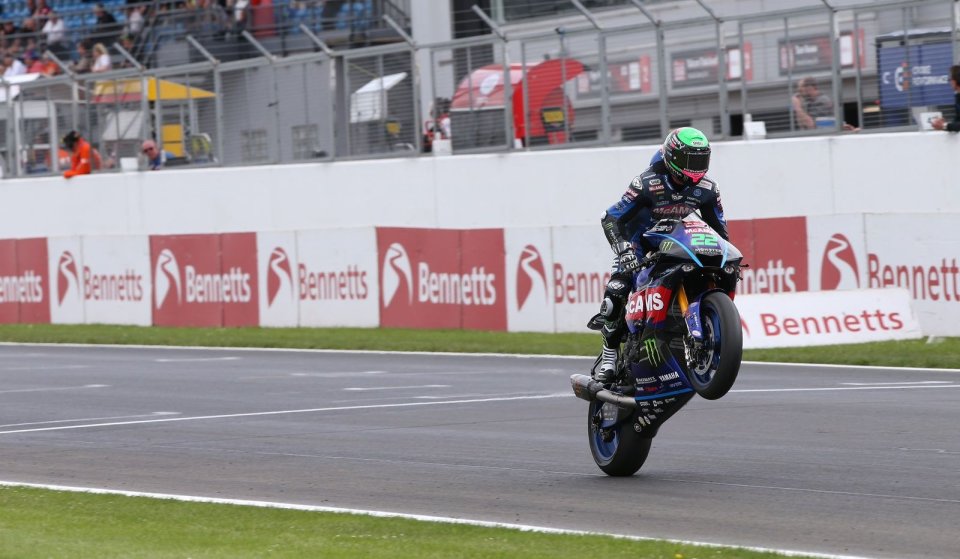 For a Yamaha that in World Superbike still has zero victories on the board this year, there is another that on the other hand is monopolizing the scene in British Superbike. Whether it is McAMS Yamaha or Rich Energy OMG Racing, little changes, because for over a year now the Iwata four-cylinder machine has remained the one to beat for speed and consistency in the premier class of the UK’s domestic championship. This was reiterated last weekend in the third round at the short Donington Park National circuit, with Jason O'Halloran (cover photo) and Kyle Ryde sharing the victories and Bradley Ray increasing his overall lead.

The return of O'Halloran (and Mackenzie)

After losing out last season, Jason O'Halloran had experienced a slow-motion start this year. Finally finding the solution on the 2022-spec R1, on the short layout of the Midlands circuit he returned to the form everyone is used to: pole position with a new track record and podium in Race 1 on Saturday, double win in the two Sunday heats, after a (double) perfect strategy that allowed the Australian to prevail over the distance, thus reaching 17 career successes in BSB. Speaking of McAMS Yamaha, special mention goes to Tarran Mackenzie, who returned after being out of action in the first two rounds due to injury. Although not at 100% physically, the reigning Champion gritted his teeth, and always crossed the finish line in the points (with a 6th place in Race 2 as best result).

The double win gives a boost to O'Halloran's chances in the title race, which is still headed by Bradley Ray at +28. Ray is experiencing a rejuvenation on the OMG Racing R1 (in 2021 spec), however over the weekend he once again suffered a bit with tyre management, and was systematically overtaken in the second part of the race. The three podium finishes are still a nice stack of Podium Credits from a Showdown perspective, especially due to setbacks for Glenn Irwin (double retirement on Sunday with technical problems and a harmless disaster with Leon Haslam) and teammate Kyle Ryde (winner of Race 1 in a photo finish 38 thousandths on O'Halloran, but who  sadly ended up on the ground in Race 2).

On the track in which historically in the World Championship he proved to be unbeatable, albeit in 'National' conformation, Tom Sykes (read exclusive interview HERE) showed flashes of good speed over the weekend, suggesting that steps forward are being made. Even though in the first two races of the weekend he did not follow up on seventh place obtained in official qualifying, in the third and final counter he took his best result of the season with MCE Ducati: seventh. The positive trend continued for the FS-3 Racing Kawasaki duo, with Lee Jackson twice on the lowest step of the podium and 20-year-old Rory Skinner fourth in Race 3, both of whom have now become certain contenders. In less than a month, on June 18-19, Skinner will have a concrete possibility of scoring the big win in front of his home crowd at Knockhill.