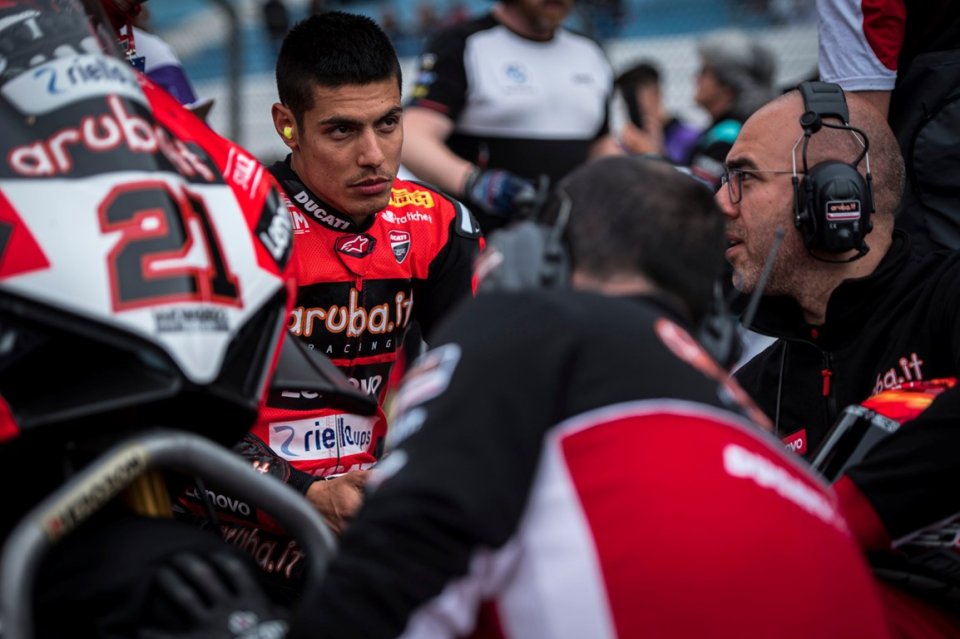 It was a bitter weekend in Estoril for Michael Rinaldi. In fact, the Ducati rider arrived  in Portugal with very different expectations, which weren't met. At the end of the weekend, the Aruba rider was lucid and sincere in his analysis, confirming, the limits that emerged, without mincing words.

"If we consider the position, the outcome is super negative,” he admitted. “Being around the eighth and ninth place is below expectations. This weekend, I worked in a completely different way compared to my career. I ve won races in the SBK, but they were more feats than confirmations. I think that, if I want to be at the level of Toprak, Rea, and Alvaro one day, I have to change working methods, looking more at constancy than performance, like in Aragon."

Michael, can you explain what didn't work?

“This weekend was ground  zero for me. The results are hard to swallow but, in  my career, I want to aim for more than just results. At certain times, you have to look at yourself in the third person and understand what’s not working. To get to what my goal, there’s not too much missing, aware of the fact that the foundation we have available could already help, starting from like Misano. By making some choices over the weekend, I had to sacrifice performance. My morale isn’t the best, but I think I have more potential starting today."

Why does Bautista make all this difference with the Ducati?

“We’re similar physically, but his way of riding the Ducati is unique. To be up front, I don't have to be Alvaro's bad copy. In fact, I must exalt my strengths, creating a bike that allows me to do so. In the current SBK, you  just have lose three tenths of a lap to get far. He's doing something really amazing, and I compliment him. Every rider has their own points, and the skill lies in optimizing them."