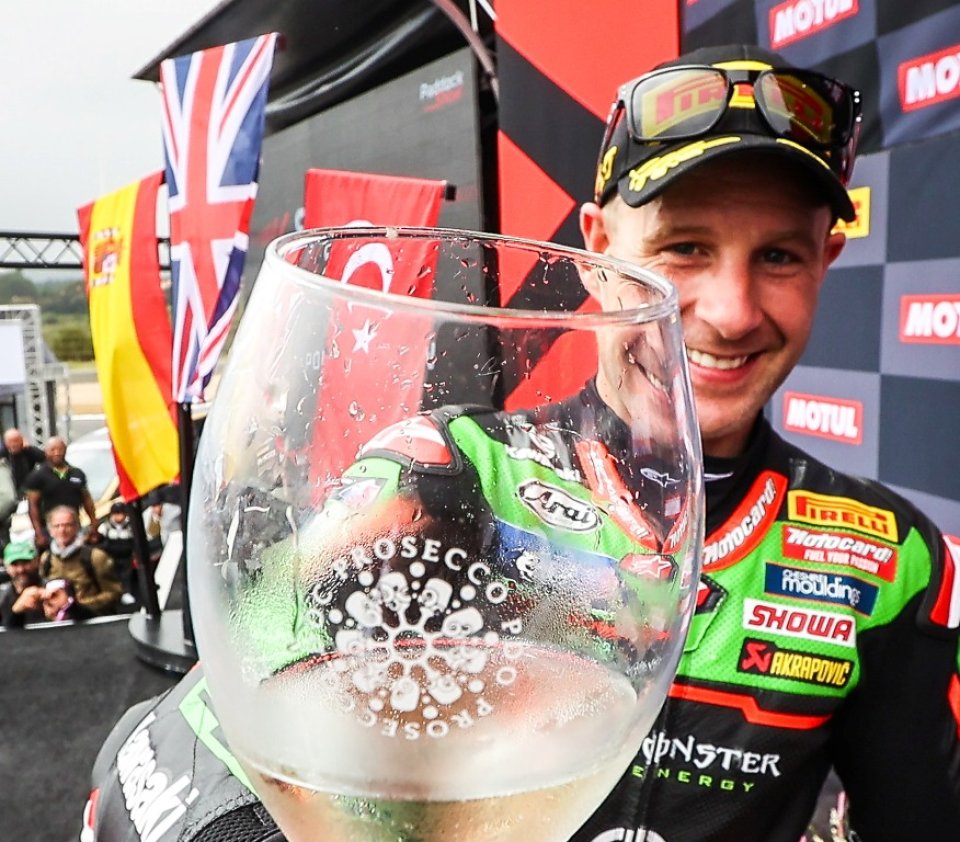 Two victories that represent a real injection of confidence. Johnny Rea was the undisputed protagonist of Estoril Sunday, because the brace of wins he obtained in Portugal allows him to relaunch his title ambitions in the world championship, so much so as to reduce the gap from Alvaro Bautista to 17 points.

The Northern Irishman really pulled out all the stops on the day, first taking the win in the Superpole sprint race and then that in the second encounter which went right down to the wire.

“What can I say about this day, it was fantastic - he said - the last lap of Race 2 I think was truly spectacular. I felt strong on the bike and I knew I had potential this Sunday, getting the answers I needed ”.

Johnny then analysed the two races.

“In the morning I was gifted the win by Toprak, as he was too far away to go and catch him. In the afternoon it was a battle with Alvaro. When he passed me it was as if a doorbell went on. In the final stages, however, in turn 1, he went slightly wide, so I went in. But Bautista responded and I got back inside in the chicane, taking advantage of the Kawasaki's grip. That manoeuvre was fundamental, even if I then risked undoing everything ".

“I thought I fucked it to be honest because on the last corner I had such a big slide. I thought, no, he's going to do me. But I kept riding the slide, riding the slide and then eventually I was able to get the job done. So, really nice when the last lap goes your way. “

The duel with Alvaro was nothing short of incandescent. Rea then revealed his plan if he wants to win the title.

“It is essential to always be there close to Alvaro or to the top positions, without making mistakes. Today on the bike I was always in control. At the chicane I attacked and managed to find the opening to pass. If he had closed the door on me we would both have ended up on the ground, but it didn't happen and I won ”.

The fact is that the triumph of Race 2 weighs quite a lot.

“I don't think it's one of my best races, but it certainly was a crazy race. This result means a lot to us, especially in the world championship battle. I probably put it in the top five of my best races. I remember for example 2019, where we had no chance against Alvaro, but now we can fight for something big. The fact is that Estoril is not one of the best tracks for us, but in the end it’s the result that matters”.