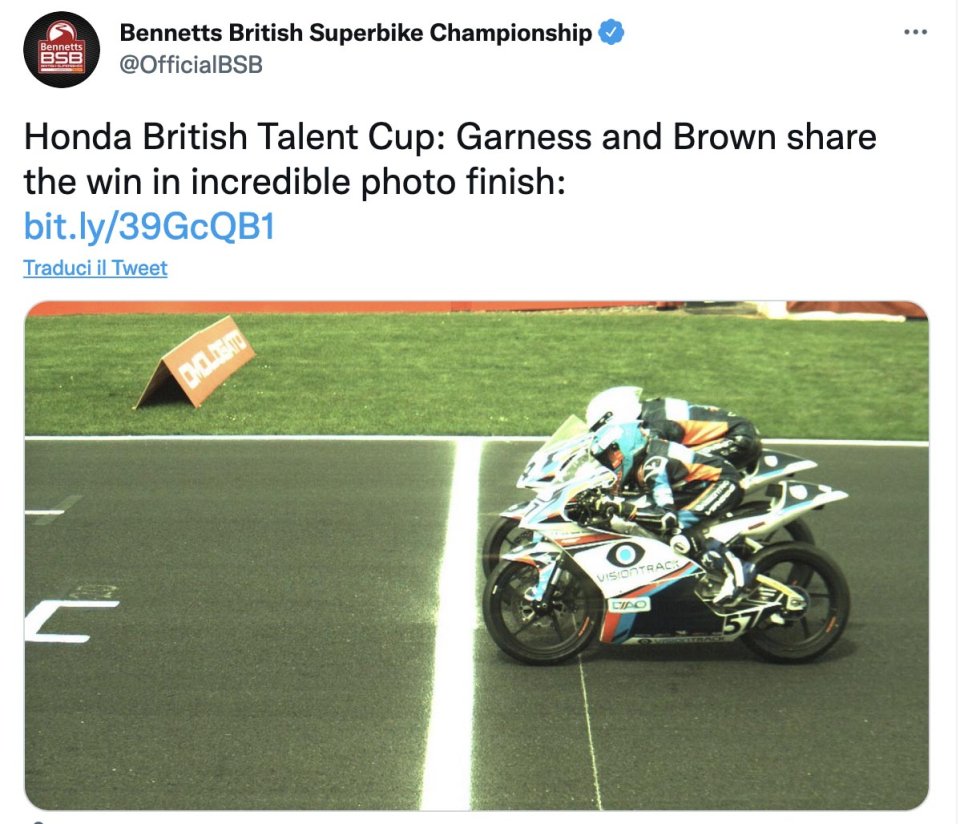 Team-mates Johnny Garness and Carter Brown shared the win as the the Honda British Talent Cup race ended in a dead head - the first ever in the series and the first in the BSB paddock since 1995.

Even a photo finish couldn’t choose between the MLav VisionTrack Academy riders as they crossed the line together, 0.105s ahead of third-placed Kiyano Veijer - and were awarded maximum points each.

At the end of a hard-fought race, Bailey Stuart-Campbell ended fourth, just ahead of Sullivan Mounsey, who had led a lot of the earlier part of the race.