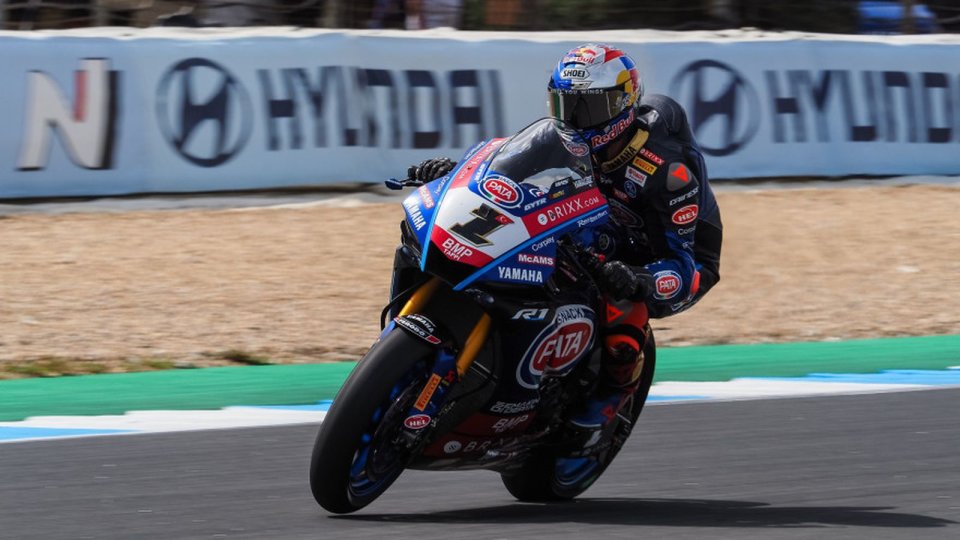 Toprak Razgatlioglu seems to have changed direction compared to the previous two dates. If he hasn’t been able to get beyond a third place out of six races, in the first day of free practice of the World Superbike at the Autodromo do Estoril, the reigning Champion of Pata Yamaha with Brixx destroyed the record in the race on the Portuguese circuit, as he did last year in the Superpole Race, with an impressive 1’36″290.

"I had better sensations. I'm having fun riding the bike," he began. "As you know, unlike Aragon and Assen, I particularly like this type of track. We still have to improve some areas, such as set-up and braking, but I’m convinced that we’ll be in ideal conditions tomorrow, both in qualifying, to further reduce the record, and in the race, to fight for the victory. Without forgetting the wear on the rear tire. It’s very hot here and the grip is scarce."

Today's performance is undoubtedly an excellent boost of confidence, given that the Turkish rider didn’t experience an idyllic start to 2022 …

"Finding the right sensations after the first two races was essential, including the slip at Assen that had robbed me of some motivation. I know that I don't have to look back but ahead to the races that await us in the future, as I wear my number one. And my goal is clearly to win and be at the top in every race."

Are you already thinking about the MotoGP test? Did you and Yamaha agree where you're going to do it?

“I confirm that I’ll be testing the Yamaha M1 in the near future. I know the circuit, but I can't tell you,” he said jokingly. "In any case, at the moment, I'm not focused on that day but on the current Superbike, because I have to defend the number one on the bike this year," he said.

In a recent interview, Lin Jarvis assumed that Razgatlioglu's possible arrival in the MotoGP would involve a passage from the satellite team, even if Toprak himself has repeatedly made it clear that he wants to exclusively go to the official team...

“We have a lot of time ahead of us to talk about it. I have to first get on the M1, try it, and understand its prerogatives. I still don't even know if I'm going to like it or not. We’ll see what happens during  the June test but, like I said, I’m focused on the Superbike now,” he concluded.