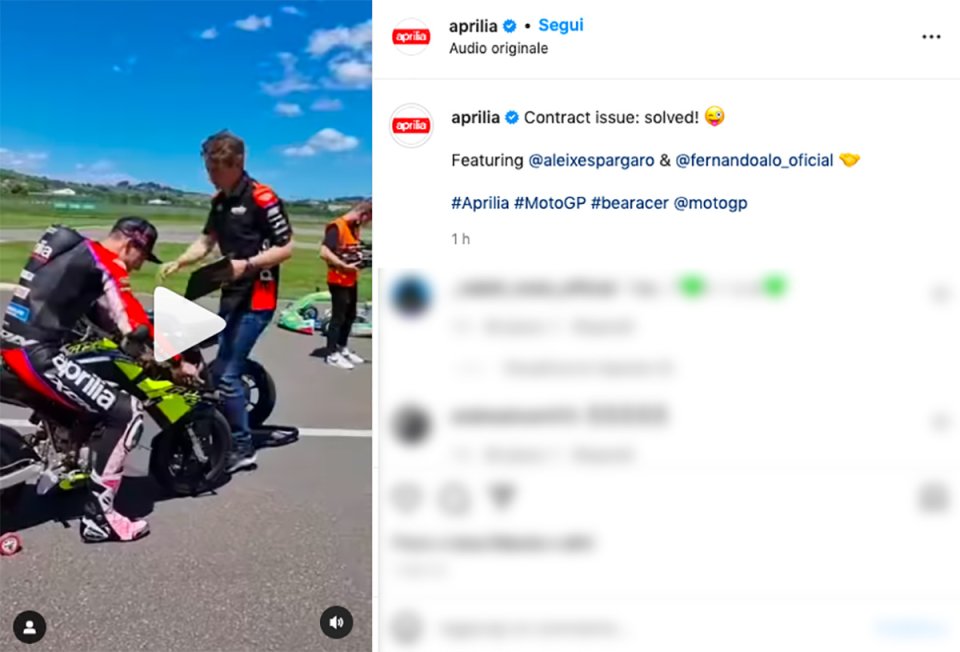 All anyone's been talk about is the agreement between Aleix Espargarò and Aprilia, but an unthinkable turning point was reached today. During training on the Ohvale, several (very well hidden) paparazzi immortalized a scene that no one ever imagined seeing. Massimo Rivola approached Aleix, handed him the long-awaited contract they were finally supposed to sign, but Aleix categorically refused to do so.

However, the real twist came a few moments later, when another rider signed the same contract. A Spanish rider who’s incredibly talented and already has two world titles under his belt. Enjoy the video … the real SCOOP of the year!