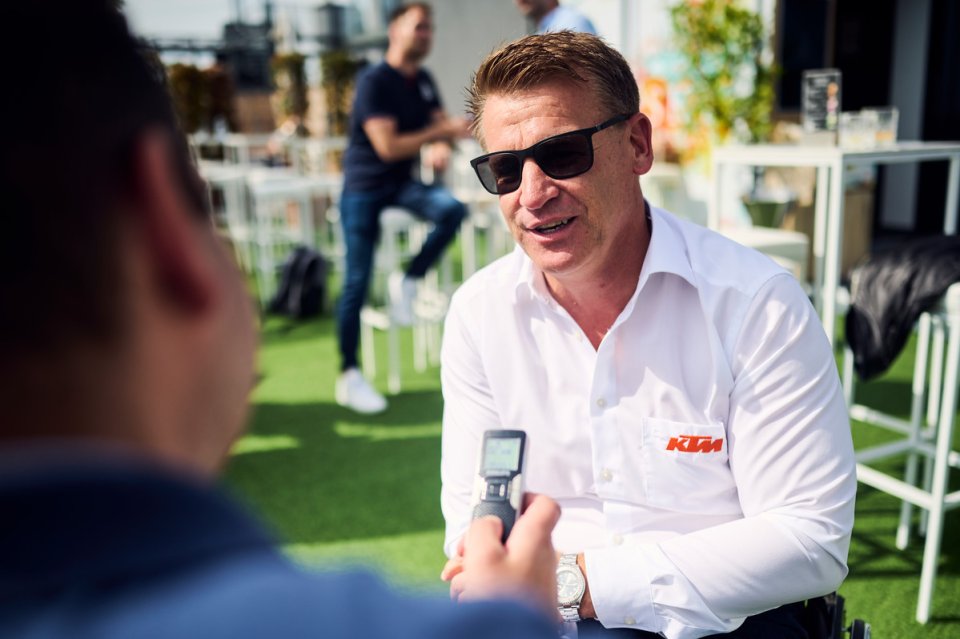 Pit Beirer was never the kind of guy to mince words. The KTM manager has always preferred to be clear and direct in his statements, and he continued to confirm this today. In an interview with German colleagues at Speedweek, Beirer harshly criticized Paco Sanchez’s behavior. Sanchez currently manages Remy Gardner and Joan Mir.

Gardner is making his MotoGP debut on a Tech3 KTM, and it's clear that his first season in the top class isn't going very well. Recently, Sanchez harshly criticized the treatment his pupil received in Hervè Poncharal’s team, and  Beirer didn’t like that at all, as he also spoke of an attitude that’s common in all the MotoGP managers, which can be considered perfectible.

"Paco Sanchez never misses an opportunity to insult us,” Beirer said. “He’s insulting KTM, the Tech3 team, and the contract we offered his rider, Remy Gardner, for 2023. I have a lot of problems with statements like that, because Remy and Raúl are just rookies in this class. On the best of days, Remy already demonstrated that he can make sparks fly and is superior to other rookies in this category. Therefore, nothing was lost in his MotoGP journey so far, nor in his  results, nor in his days as a rookie. But beginners need a bit of patience in this class, until the first results arrive. During a stage like this one, we don't necessarily want to be evaluated by a manager like Paco Sanchez."

Beirer appeared very annoyed by the comments received.
"During the past two or three weeks, I figured out that it’s always important to talk directly to the riders. To some of the riders’ managers, I can only say, ‘you are the biggest scourge that, besides Covid, has hit the paddock in recent years.’ Paco Sanchez accuses us of not having done a good job with the Tech3 team. I'm sorry, the owner of the Hervé Poncharal team has been successful in this paddock for thirty years. He’s been president of the IRTA for more than twenty years. He has more than fifty employees that he pays every month. Hervé is a team leader and an all-round professional."

Beirer went on to respond to criticism that he deems to be clearly wrong.
"We did a good job with Remy in the the Moto2 World Championship. He went to the MotoGP with us as World Champion and got this opportunity, with a very well-paid contract. Then I have to read Mr. Sanchez's statements in the media that KTM and Tech3 are proposing wrong contracts. And this said by a guy who probably just plays with his mobile phone all week. We, on the other hand, employ more than one hundred people in the MotoGP department, in order to offer the best possible performance in each Grand Prix."

The KTM manager, however, confirmed the possibility of continuing with Gardner.
"We like Remy very much and would like to continue with him. But it would be better if his manager didn't continually scold us in the media. Then it would be easier for us to extend the contract. We won’t assert the option on Remy against his will. If he doesn’t want to stay with us, it's his decision. I understand from his manager's statements that we're not the partner he wants. But the manager and the rider are two different things. Since we have a great relationship with Remy, we’d like to continue with him."