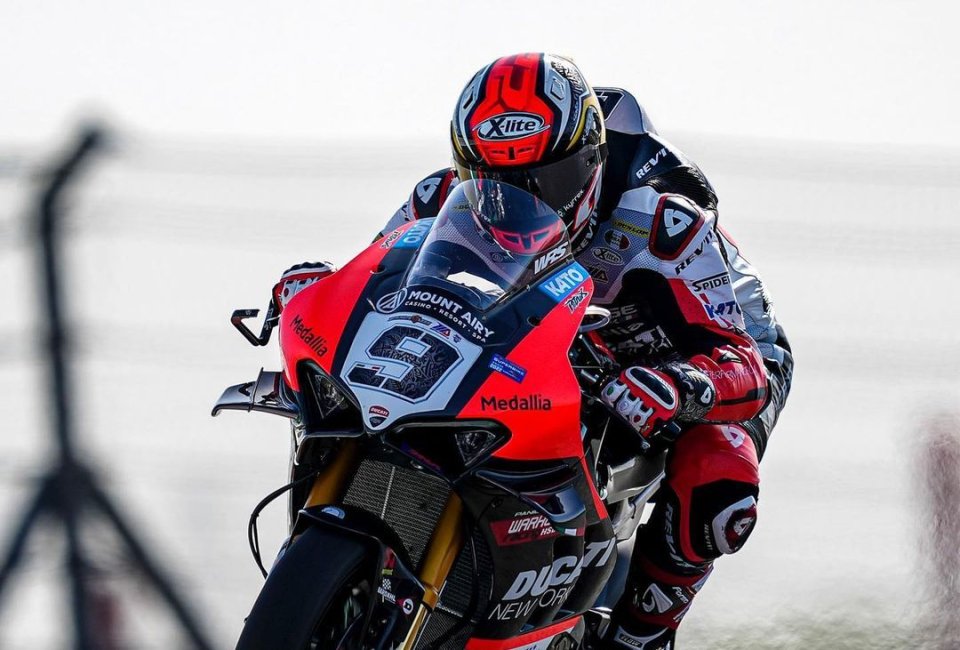 On the weekend when the Superbike World Championship arrives in Estoril (times HERE), MotoAmerica moves east for the third round of the season. The spotlight will in fact be on the Virginia circuit, where Danilo Petrucci and Ducati aim to make amends for the disappointment of Race 2 in Atlanta.

Although one month has gone by since the round in Georgia, we can remember the facts well: on Sunday there was a blackout of about half an hour on the circuit and the bikes remained stationary on the grid for a few minutes, so much so that the engine of Petrux's Panigale V4 boiled over. Moral of the story was that the rider from Terni was forced into retirement, the first of the season after three consecutive victories.

Atlanta, however, is a distant memory and Danilo wants to find his way back to the top in Virginia, with a 15-point margin over Mathew Scholtz and 34 over the reigning champion, Jake Gagne. Obviously there is no shortage of obstacles as Danilo himself explained to us a few minutes ago after having reached him by phone: "For me this is a semi-unknown track - he underlined - about a month ago I did a test session there, but in the wet with rain tyres and it was very cold. On that occasion, I must have done about 40 laps. It will therefore be a tough weekend like the one that awaited us at Road America ”.

The gauntlet is thrown down. Saturday at 21:10 the appointment with Race 1. At the same time as Sunday Race 2.