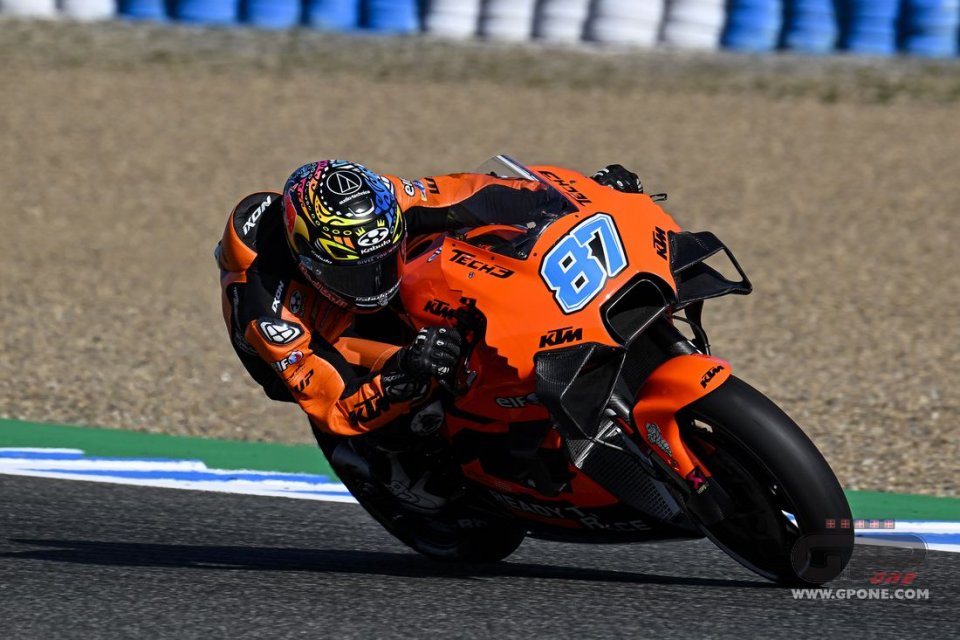 KTM has been struggling a lot since its arrival in Europe. After Brad Binder's podium in Qatar and Miguel Oliveira's victory at Mandalika (in the wet), the RC16 seemed to be the surprise of the season. It is at the moment, but in a negative way. If the two riders of the official team are struggling, for the two Tech 3 rookies it is even worse. Raul Fernandez is the only rider not to have scored a single point in the first seven races (but missed two due to a hand injury), Remy Gardner has three (a 15th place in Losail and a 14th in Portimao ).

A very poor tally indeed, especially as the pair who dominated the Moto2 championship just last year can’t seem to see the light at the end of the tunnel. Of course, the morale of the two riders is not at its best and it doesn't help that both have signed a one-year contract with the Austrian manufacturer.

"I'm not enjoying my life right now. Every week I have a new injury, the constant scrapes and burns are getting to me – explained Gardner – Whenever I try to push, I end up in the gravel. I hope we get some updates for the bike soon.”

The RC16 needs some changes, even the two factory riders are saying the same thing: it is losing out in all areas (corner entry, cornering and acceleration) and they have to make amends.

Remy, however, must also think about his own future and is not denying it.

“After seven races, in qualifying I'm only two tenths of a second behind Oliveira – he said about Le Mans – I don't think that's a bad thing, but ultimately it's up to KTM to decide. If they don't want me anymore, I'll just go to the Superbike World Championship.”

Gardner might be blunt and straight to the point, but he knows well that KTM is also to blame. The next few weeks will be crucial for him as well.