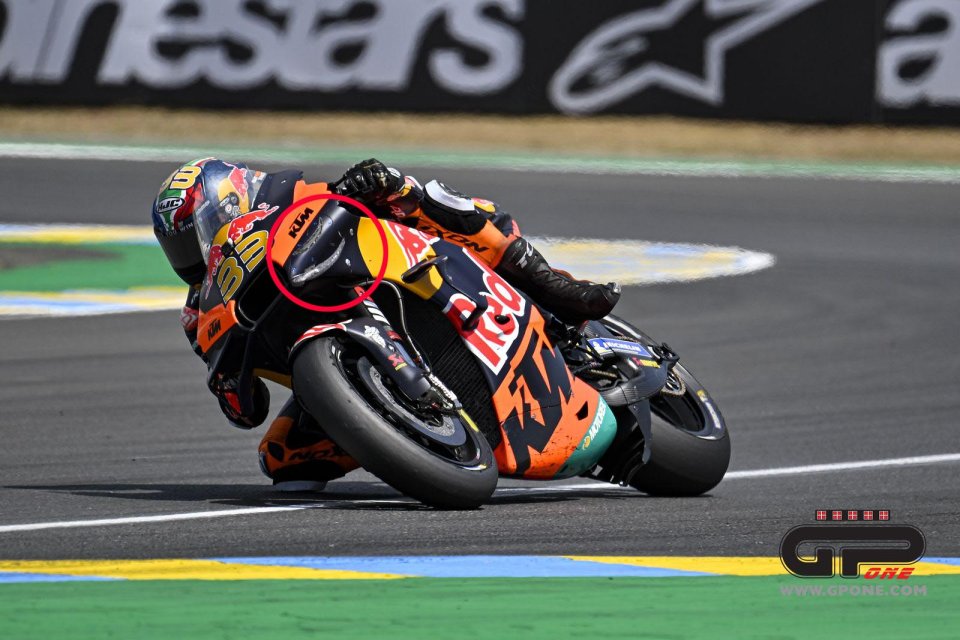 After seven races, Brad Binder is 8th in the World Championship, with a second place in Qatar. The KTM doesn’t seem to be in great shape this year, but Brad's 8th place in the French GP deserves a special mention, because the former 2016 Moto3 World Champion came into contact with Johann Zarco during the first lap, lost his left wing, and rode the entire the race in these conditions.

How was the ride?

The South African rider answered to speedweek: "It was like taking the wrong shopping cart in a supermarket. One of those that keeps wanting to go in the opposite direction."

Obviously, he wasn’t criticizing the KTM but, simply, the aerodynamic configuration went down the drain, and the downforce generated by the only wing left on the bike kept pushing it sideways.