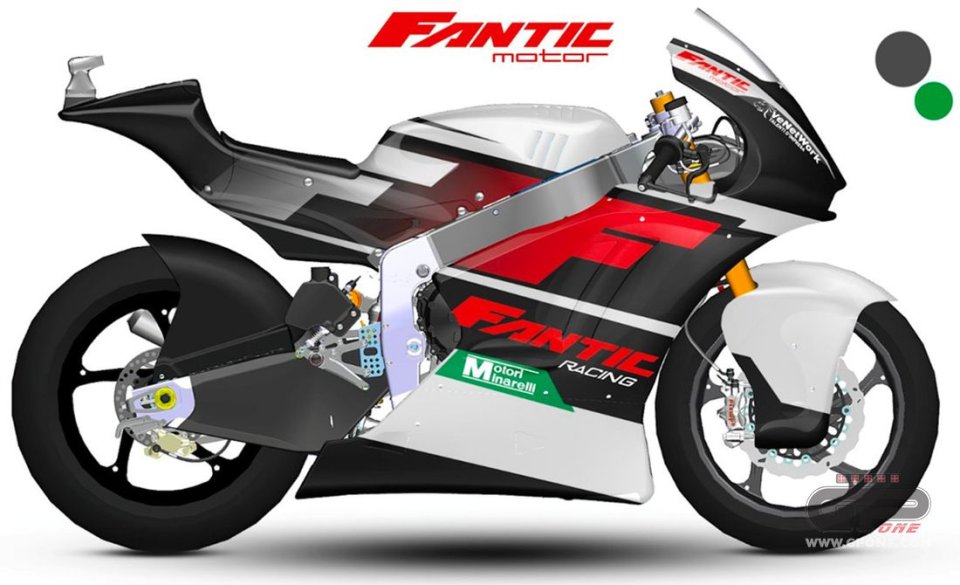 Fantic Motor wants to enter Moto2 starting next year and the racing manager of the Veneto company, Claudio Giovanardi, is working to make this dream become a reality. For the moment it is only a project, but the possibility of it becoming reality is concrete.

GPOne has managed to obtain an exclusive rendering of the Moto2 bike that should take to the track with two riders starting from 2023. You can see it above, it is only a first sketch of the graphics but it shows how advanced this project is.

Fantic will rely on Kalex (following the same path as KTM and Yamaha) for its debut in circuit racing. There are not yet all the details of the operation, but according to our sources it is a long-term, multi-year commitment.

Chief Executive Officer Mariano Roman began managing the historic brand in 2015, first dedicating himself to production and is now involved in racing. It began in off-road racing two years ago, in the motocross championships (in MX125 and MX250 European Championships it is currently in the lead) and enduro, while this year it made its debut in the Dakar, entrusting the XEF 450 to Franco Picco.

Now the company is ready for a new step in the world championship and has chosen the intermediate category to put itself to the test. The dream is taking shape and the next few weeks will be decisive for finalizing the agreements. Then, the time will come to think about the riders.