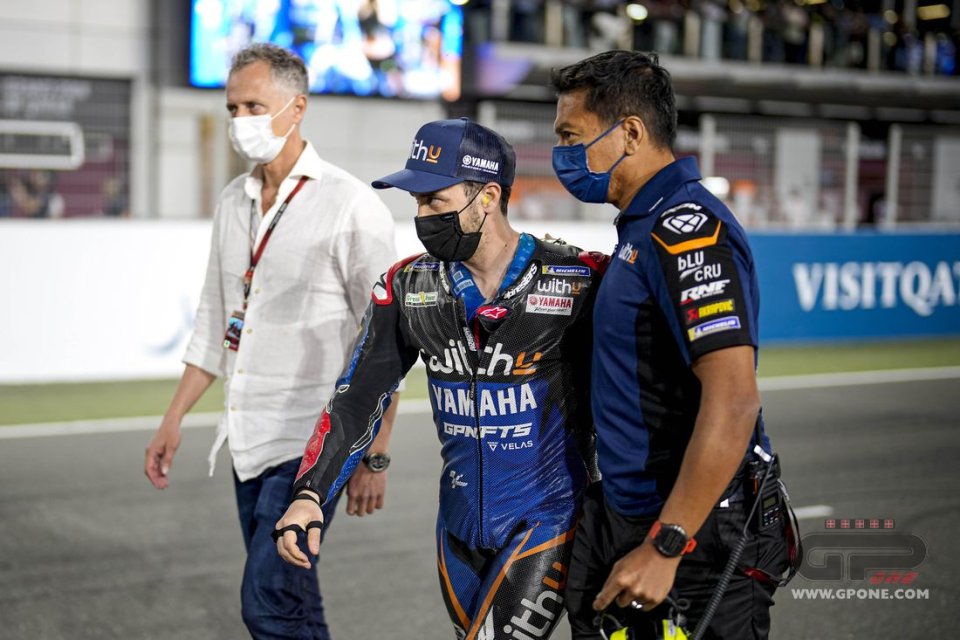 Razlan Razali's new team, RNF WithU, has just come about and already has to make an important decision for its future. After leaving Petronas, the Malaysian manager had to start over and he did it in record time. He continued with Yamaha but his contract expires at the end of the year and paddock insiders say that Aprilia might also be an option for the future.

With Razlan we start from the present.

"I think it's fair to say it's a new team because it's all new, we don't just have a rookie as a rider but many people from the team are - he tells us - It was a challenge for me to create this second team in MotoGP because I had very little time, we started planning everything in September, while in 2018 I had 6 months to organize everything. It was difficult, but I'm glad to be here, we have shown that we have the ability to do it but, if I had to do it again… I'd say no. It was enough! (laughs) I don't think many people can say they have made two teams in MotoGP in 3 years ”.

How do you judge the start of this season?

“The problem is that the first three years with the previous team were too good. When I started this season I wanted to be competitive because I am a competitive person, like many people in the team. We came from a moment when we were, we were on the podium, in pole position, we knew that as everything was new we had to lower our expectations, but we didn't think it would be like this, we want to do better. There is still time to make a change ".

So what is the goal from now to the end of the year?

“As a team we would like to do better than last year. Among the independent teams it will be difficult to catch Pramac, LCR, we are fighting with VR46 and Tech3. If we talk about the riders, they have to look within themselves to change their season. In motorsport, teams stay longer than riders, who come and go. They need to know what their situation will be next year depending on whether they do well or not, but we will give them all our support ”.

Binder can be excused for making the leap from Moto3 to MotoGP, what is happening to Dovizioso?

“To be honest, I didn't expect him to struggle so much considering that last year he did five races and the tests. We thought that with his experience he would know how to adapt to the M1. I think he has to take a step back, not be too analytical and just ride the bike, trying to get the most out of it instead of thinking about what's wrong. That’s the bike".

Is he a rider who sometimes thinks too much?

"I find some similarities between him and Valentino last year, they both want not only to be riders but also engineers and they forget to be riders and to ride the bike the way it is. The philosophy of having young riders is right because they have no references and they just ride, it's the difference between a rookie and a highly experienced rider. Vale and Dovi are very analytical, very sensitive, but they forget to ride the bike ”.

Your contract with Yamaha expires at the end of the year and there are many rumours about a possible approach to Aprilia. What can you tell us?

"The rumours started early this year (laughs) and Suzuki's decision amplified them. True, we only have a one-year contract with Yamaha, but we have time to assess the situation. We have other options, it's good, but we are waiting. There is the possibility of changing manufacturers but it is something difficult to do. I would like to have a relationship with Yamaha like the one that Poncharal had for more than 20 years, or of Cecchinello with Honda. In this way you race together with the manufacturer, win and lose together. As a team we have to build our credibility, business relationships, supporters and you can't do that if you change manufacturers every time. Logically, I am forced to look around, having only a one year contract with Yamaha ”.

Are you optimistic that you can continue with them?

“All I can say is that our relationship with Yamaha is good and I hope it is the same for them. I hope we have shown them what we can do as a team, but in sport sometimes you win and sometimes you lose ”.

Is the goal to be a junior team like Pramac is for Ducati?

“We have already shown that we can do it, our former riders are in the official team. This is the way forward, I don't like being called a satellite or independent team. We are a junior team, we help young drivers grow for the manufacturer ”.

Is Dovizioso an exception as Rossi had already been?

"What changed the situation was Vinales leaving. We could have kept Morbidelli with us, but as a junior team I could not deny Franco the opportunity to join the factory team, it would have been a mistake. The company had a problem, they couldn't change riders every race, and they asked us. It was certainly a good opportunity for Franco, but not for us. We let him go and took Dovi thinking that he was an experienced rider who could develop the bike, maybe he wasn't the best choice for us but he was for Yamaha. He could have compared the M1 with the Ducati ”.

You helped Yamaha, do you expect them to pay you back now?

“Taking Dovi was not only an advantage for Yamaha, but also for us. Because he is an Italian rider and we have an Italian sponsor, we wouldn't be here without WithU ”.

When will you decide which bike you will race with next year?

“I think by Barcelona we will know. A couple more weeks, if we were to change manufacturers there would be many other things to consider, as well as our commitment to the Asian championship ”.

Will the choice of riders come later?

“Yes, but in the end there will be fewer places for young riders after Suzuki's decision. I don't think an independent team will take its place, it should be another manufacturer but I don't know who it could be ”.