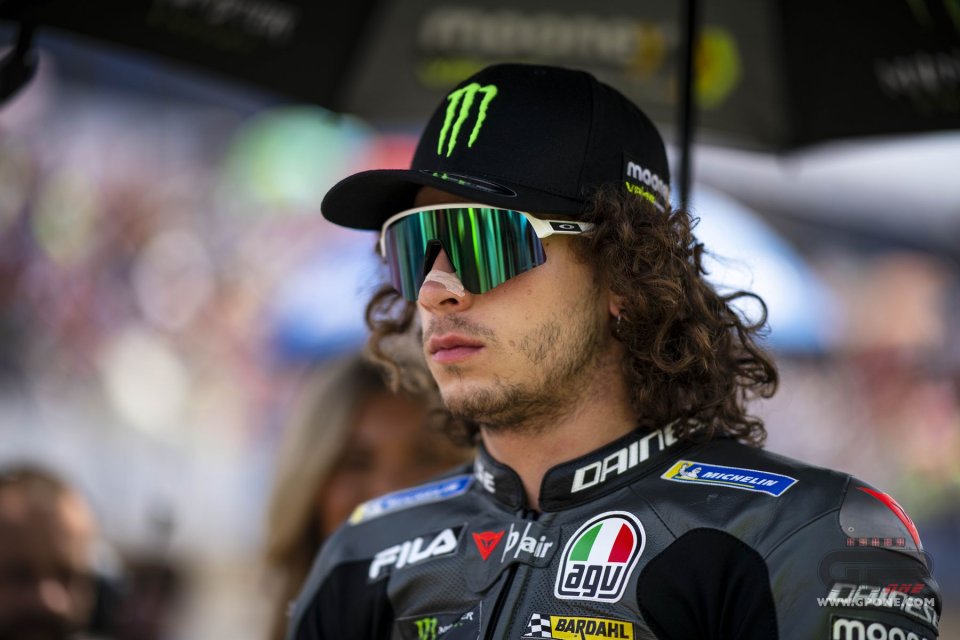 Race after race, Marco Bezzecchi is earning the role of best rookie in the MotoGP for 2022. Always very pragmatic, often with points, and also able to go really fast in qualifying, the VR46 Racing Team’s rider is a nice surprise this season, and his growth is under everyone's eyes. In Le Mans, he was called to repeat the  performance he had in Jerez, where he reached the Q2 and then finished in the top ten in the race, for the second time after Argentina.

"First, we have to figure out if it’ll rain,” Bezzecchi said. “The weather here  is always strange. I want to repeat what I did in the last races, work well with the team from the first round, and try to qualify well, which is a very important thing. Then we’ll see for the race. I have no particular goal but to score points. The approach is always the same. I’ve never ridden here, so I’ll try to study all the data well and then ride as much as I can on Friday. But I have a little more confidence. Then I like the rain, although I prefer it to be completely wet or completely dry, rather than half and half conditions. Even in those conditions I still go fast, I’m at ease, only that it’s a mess and you risk more.”

You're in the race week now, and you're doing great. Did you see that coming?
”I’m honestly surprised. I didn't expecte to be so fast so soon, but we’re working very well, and I think that these results derive from the work we’re carrying out."

Do you already feel like a better rider than at the beginning of the year?
"I've learned so many things. I'm growing a lot, race by race. The team always helps me find a positive side even when we’ve had problems. I’m trying to learn to manage the tires well and also the time attack. I'm focusing on braking and entering corners, which are the most difficult parts of riding with a Ducati. I'm getting a lot better. I took a big step forward in Jerez. I looked at the race report, and I was happy. Everything is working out for the best."

Le Mans is an atypical track compared to the ones you’ve already raced on with the MotoGP.
"It's different from other tracks, but only in some places. I see it as a complete circuit. There are fast corners, slow, hard braking. I like Le Mans, but I'm a little afraid of the first sector. When it’s cold, it could be difficult. Being here for the first time with the MotoGP worries me a bit, but I’ll try and see how I'm doing tomorrow. When you look at the design of the track, you think it's simple but, actually, when you're inside, some stretches are very difficult, because there are different slopes at the turns, then even the chicane are tough. The first turn is really fast, you brake hard. There are also some good breaks between turns six and nine while, in the last part, it’s slower. The last turn is really slow, and you’re coming from a really smooth part of the track. I like this design."

Why do you say you fear the mixed conditions?
”I still don't feel very experienced. Even in Mandalika, it was like that. As for me and the team, we still need some time to learn how to adapt the bike and electronics well in these conditions. I'm not good enough to get on the bike and be fast in all conditions."

Barbier: "Pirelli will not change its method for Rea, I spoke with Dall’...

Bezzecchi: “You need balls to go fast at Phillip Island”

Godspeed to Phil Read, the 'Prince of Speed'

THE 2023 CALENDAR MotoAmerica, the American series, will have to do without Danilo Petrucci this year, who has decided to continue his career in...
21 hours 55 min ago

The FS-3 Racing Kawasaki team continues to focus on young riders in the British Superbike. With Rory Skinner in the Moto2 World Championship, 19-year...
2 days 16 hours ago

His wife posted about his condition: “He is okay and in the best place possible. They will keep him in for a few days to monitor him.”
3 days 1 hour ago