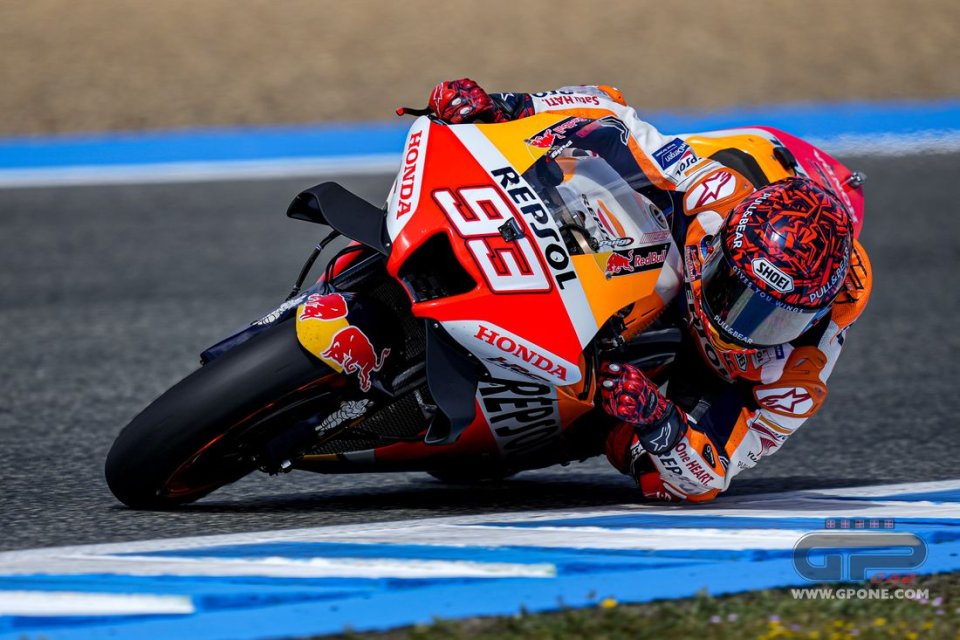 Honda took a big risk for 2022 by not bringing to the track a simple evolution of its RC213V but a real revolution. It was a completely new bike, created to be competitive with all the riders, not just with Marquez. Six races into the championship, the goal has not been achieved.

Simplifying the change in philosophy, while the previous bike was ridden "with the front wheel", this one they ride "with the rear wheel", as they say. It’s a Copernican revolution that needs time to improve.

The results, as mentioned, have not been particularly encouraging, the Honda only managing to get on the podium once this season with Pol Espargarò in Qatar. However, it is not the final position that is worrying, but the gaps from the winner. In Indonesia, in the wet, Pol was more than 33 seconds behind the winner, in Argentina Nakagami was 14 behind, Marquez was 6 behind at Austin (his talisman track), 16 at Portimao and 12 at Jerez. That’s one big gap in a MotoGP that is often decided by tenths of a second.

Marquez has been clear about it on more than one occasion, saying that he is unable to "feel where the bike’s limit is". The problem is that the front doesn’t give him the confidence he was used to. However, Marc has never looked for excuses; on the one hand it is the fault of the bikes, on the other hand it’s also his, as he has to change his riding style to adapt. That’s something made even more complicated by the fact that the Spaniard is not yet in perfect physical shape. To avoid crashing, therefore, he cannot continually exceed the limit as he was used to, but he has to keep a little margin. Well aware of his terrible crash in the warm-up at Mandalika.

So Monday's test day at Jerez was important for him and for Honda. In the garage he had three different bikes at the start of the day. The thing that stood out the most was the different aerodynamic versions tested. A clear sign that the Spaniard is looking for confidence on the front even by trying to change the load on the wings.

Along with the standard version of the spoilers (in the photo above), Marquez also used some new wings (you can see them in the photo at the beginning of this article) with a shape similar to those used last year, without the cut-out at the top, but larger in size. A sort of middle ground between the 2021 and 2022 configuration.

That's not all, because Marc also tried last year's wings again (pictured below).

“We tried a few different aerodynamic parts to understand them at a shorter, tighter track like Jerez because the pre-season was at long and fast tracks like Sepang and Mandalika,” he explained.

The work, however, is far from over.

“Like always, some things worked well and other things were not as we needed. The information from today has been good but we need to keep on working," was his final opinion.