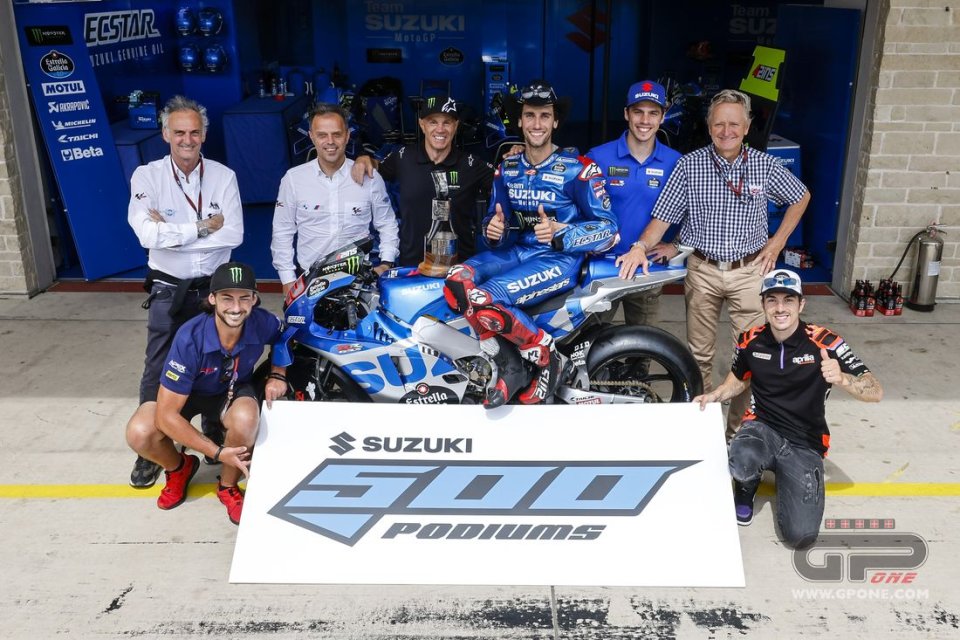 Suzuki's history in the world championship is studded with successes and retirements. The Hamamatsu manufacturer began competing in the premier class in 1974, with the RG500, a four-cylinder square engine with which already the following year it was able to achieve its first victory with Barry Sheene.

In 1976 the first world title arrived in the top class with the British champion, who with the Japanese manufacturer had already obtained a second place in the 125cc world championship in 1971. In that same year in 500cc there were six Suzukis in the first six places. In the ‘70s the RGs were the favourite bikes for private riders, cheap and fast. The following year Sheene did it again and Suzuki achieved its second title in the premier class. 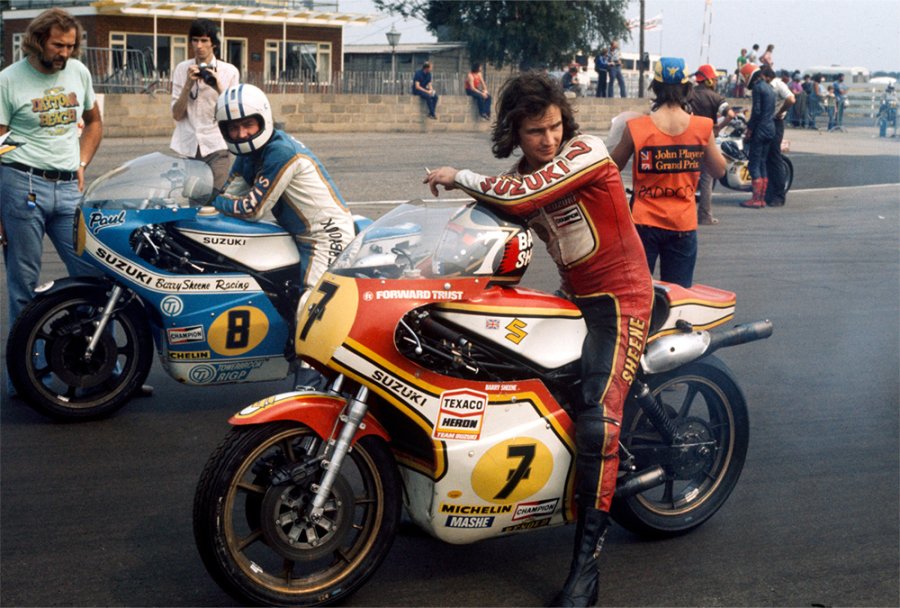 A few years passed, until 1981 when it won two world championships in a row with two Italians, first Lucchinelli and then Uncini. The following year, like a bolt from the blue, Suzuki retired as reigning champion, while continuing to be present through some private teams. Four years went by before at Hamamatsu they decided to officially return to the world championship.

In 1987 the company's commitment to the prototype world championship was renewed, the best rider at the end of the season was Kenny Irons in 14th position. In 1989 it finished fourth with Schwantz, second in the following year and third in ‘91. In the world championship, the Hamamatsu manufacturer would have to wait until 1993 when Schwantz himself gave it the title after a 10-year long fast. 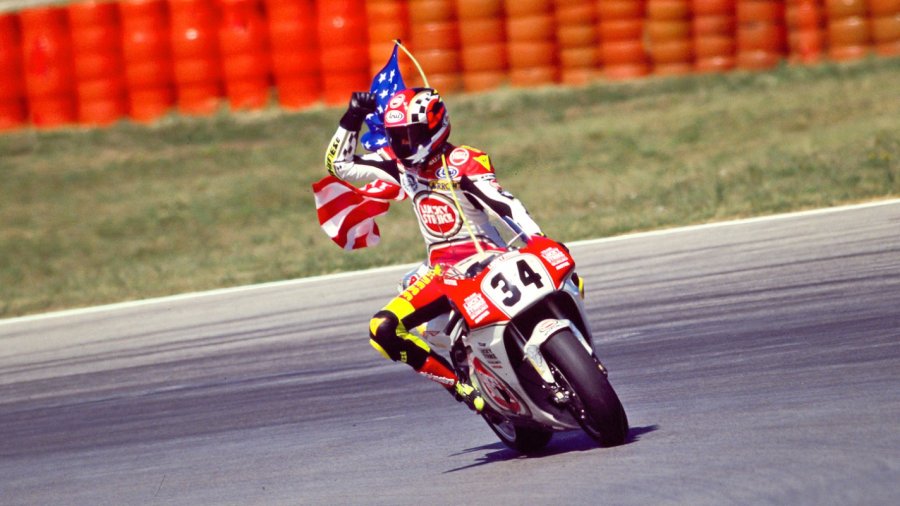 It once again won the world championship in 2000 with Kenny Roberts Junior, after the era of Doohan and Honda. Then from 2002 the commitment to MotoGP, the new category. At Hamamatsu they prepared the GSV-R, a 4-cylinder V65° and 990 cc 4-stroke machine, still very similar in terms of chassis to the old 500 two-stroke. In 2007 the bike switched to a displacement of 800 cc, as required by the regulations. It achieved its only success with Chris Vermeulen at Le Mans, then retired again in 2011. 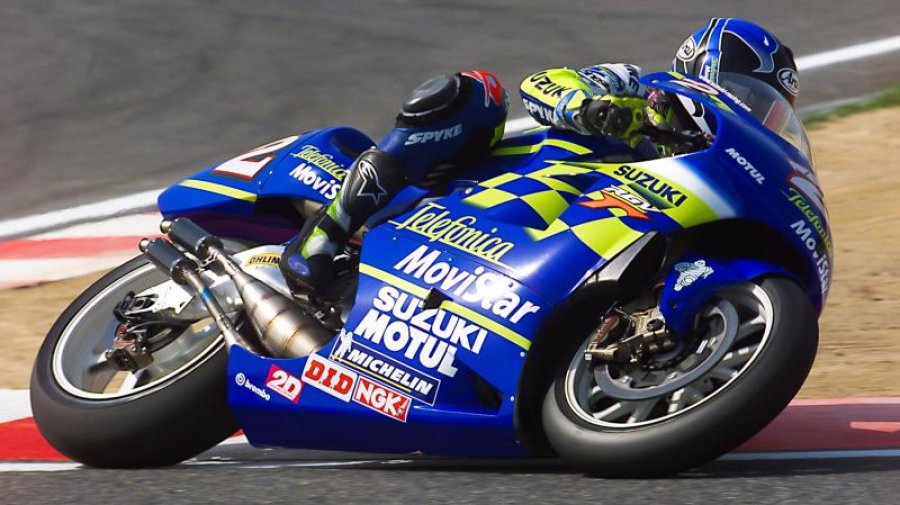 Suzuki came back again in 2015, with a very different project from the previous one. This time the engine was an in-line four-cylinder, as on the production Suzuki sports bikes, and already in the first season the results were encouraging. In 2016 Vinales ended the season with three third places and a victory at Silverstone, confirming the good work by the Hamamatsu technicians.

Then the last world championship title in 2020 with Joan Mir, in a season in which the GSX-RR scored two victories, one with the world champion and the other with Rins. The following year was a difficult season for Suzuki, in which the bike struggled with respect to its best rivals and, thanks to the sudden departure of Davide Brivio, the team did not seem to be running in the same way as the previous year. At the beginning of 2022 the team, now led by Livio Suppo, and the riders were enthusiastic about the improvements made in the tests and the bike was reckoned to be among the best of the lot by the press and riders, in winter they had worked hard. 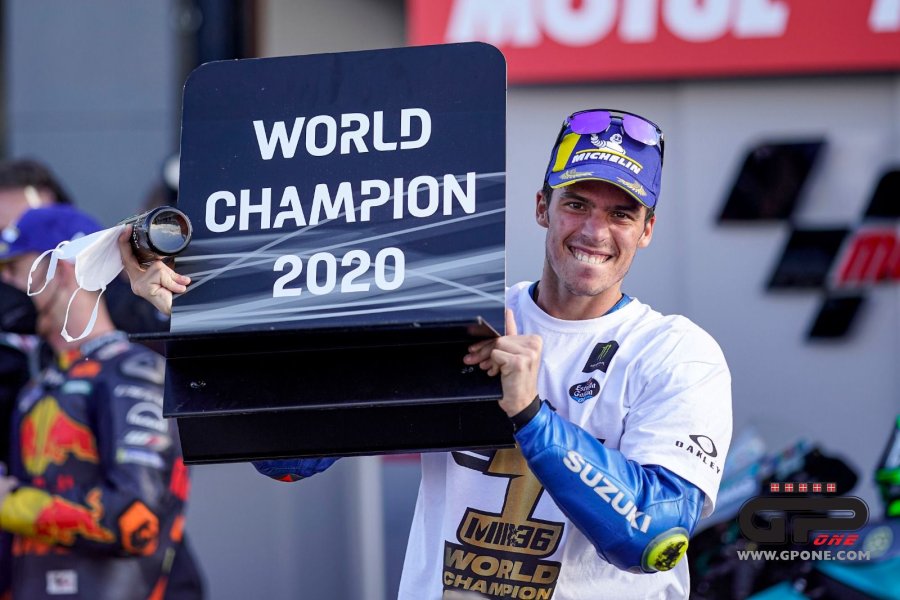 On the one hand, it really seems like a difficult decision to understand, considering that Suzuki is still in the fight for the positions that matter, with two competitive riders and a constantly evolving bike. On the other hand, we must consider that the period is not the best with the economy put to the test first by the pandemic and then by the Russian-Ukrainian conflict.

These are just some possible reasons why this decision was made, but for a real answer we will at least have to wait for an official statement, expected soon. The only sure thing for the moment seems to be that in 2023 there will be no blue bikes on the track and that they probably won't be seen for a while. At least until the next return.