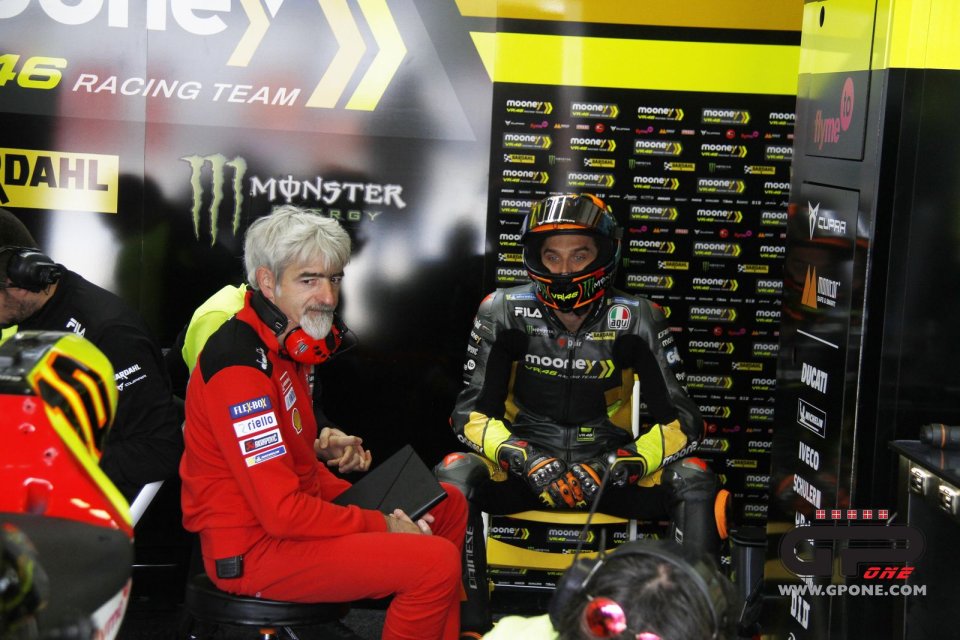 Luca Marini seemed to have made some progress judging by the timesheets, as he continued with Monday's tests at Jerez. At the start of the season, the VR46 rider still seems to have difficulty in finding the right way interpret his Ducati in the race, despite the fact that in qualifying he has proved he can be fast.

"These tests allow us to make some bigger changes to the bike compared to the race weekend - Luca told us - today I was able to improve my times and make steps forward, I did a 37.8 with the medium tire, I didn't expect that. However, we were not able to do a time attack at the end of the tests, it would have been interesting to have a comparison of the improvement of our potential with the changes, but the red flag did not allow it. After all it is normal, it takes time to clean the track of oil and at that point we decided that it was no longer needed. With the changing temperatures, with the wind and lower temperatures, doing a time attack was no longer useful. In general these tests were positive, the feeling with the bike was very good, of course in the race it's a completely different matter. Now we will see what will happen in the next races, with rubber on the asphalt in general things are easier for everyone, now I don't want to make any risky forecasts ".

So do you think the grip has improved?

"It really depends on the tires, the ones we use in the race, from what I've seen, seem better.

In theory they should always be the same compounds.

"In theory, yes, but they are very particular compounds, even the way in which they are handled or where they are left can have an influence. If you heat them with tyre warmers and don't use them, and then reuse them the next day, it already makes a big difference , but in the tests it doesn't count that much for me, trying them all you can also find the right one in the tests ".

Did you also try a new seat?

"Yes, I think it was the one Miller uses. It was my idea actually, as I’m taller than average I'm trying to lower the centre of gravity to affect the bike less, I wheelie a lot and I'd like to try to be as neutral as possible."

And what about the fairing instead?

"It's the same as before. We don't want to throw away the old one before the new one has been homologated."