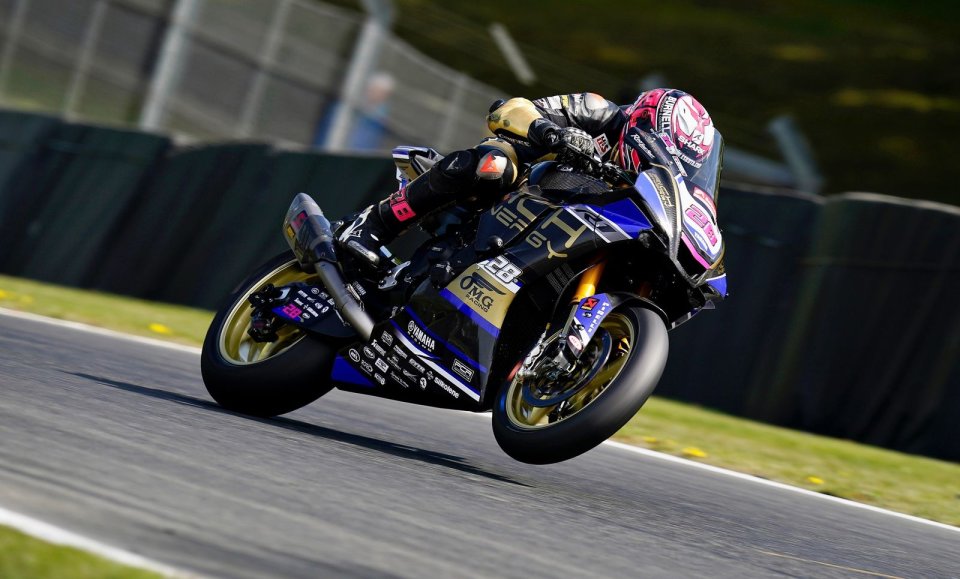 Bradley Ray seems to have finally found the right incentive to ride the Yamaha R1 prepared by Rich Energy OMG Racing. Returning to victory yesterday afternoon four years on, today, in the first race of traditional Bank Holiday Monday action, he outclassed the competition also in the second of the three British Superbike races scheduled on the iconic Oulton Park track. With a fourth victory in his BSB career, the 24-year-old put together a convincing double, the result of a perfect strategy, which sees him one of the early favourites in this year’s championship.

Keeping the holeshot when the lights went out, Bradley Ray immediately tried to break away, setting a frenzied pace in the high 1'33s (the best in 1'33.620 which earned him the pole in Race 3 at 5.30 pm Italian time). His efforts came to nothing however, when the Safety Car came out on lap 8 to fix the barriers at Druids after a disastrous crash by Luke Mossey. At the restart, however, the  bespectacled Ashford rider resumed his unstoppable march towards a personal double, even resisting Lee Jackson's return at the end.

Haslam on the podium

With Ray getting even closer to the top of the overall (now just 1 point away thanks to ninth place for the leader, Honda Racing UK’s Glenn Irwin) and Lee Jackson celebrating his first top-3 of the season on the FS-3 Racing Kawasaki Ninja ZX-10RR, race 2 finally found a combative Leon Haslam (VisionTrack Kawasaki): fifth up to that moment, the 2018 BSB Champion pulled out his claws at the post-Safety Car restart, grabbing the podium in the final stages to the detriment of Rory Skinner (5th) and Kyle Ryde (4th).

It was a confidence-boosting performance by Leon Haslam, on the podium for the first time since his return to the series, following the difficulties encountered both in the opening round of Silverstone and in yesterday's Race 1. Totally the opposite for the other highly anticipated protagonist, Tom Sykes (MCE Ducati), who was 13th at the finish line and never really looking competitive. It was a tough race for the entire Borgo Panigale block, with 2015-2020 BSB Champion Josh Brookes tenth at the finish, while Tommy Bridewell crashed without consequences at Lodge on lap 4. 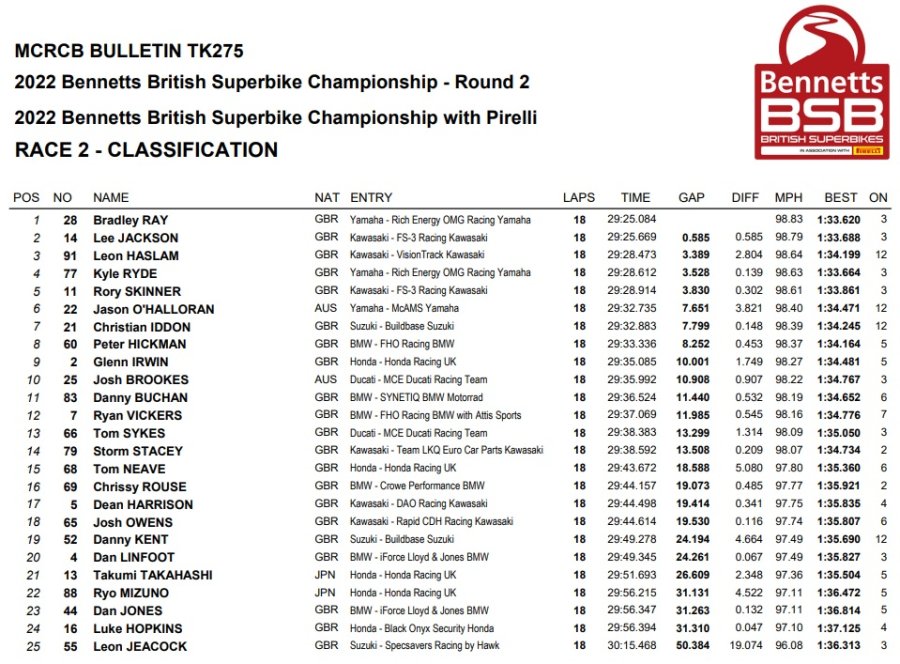