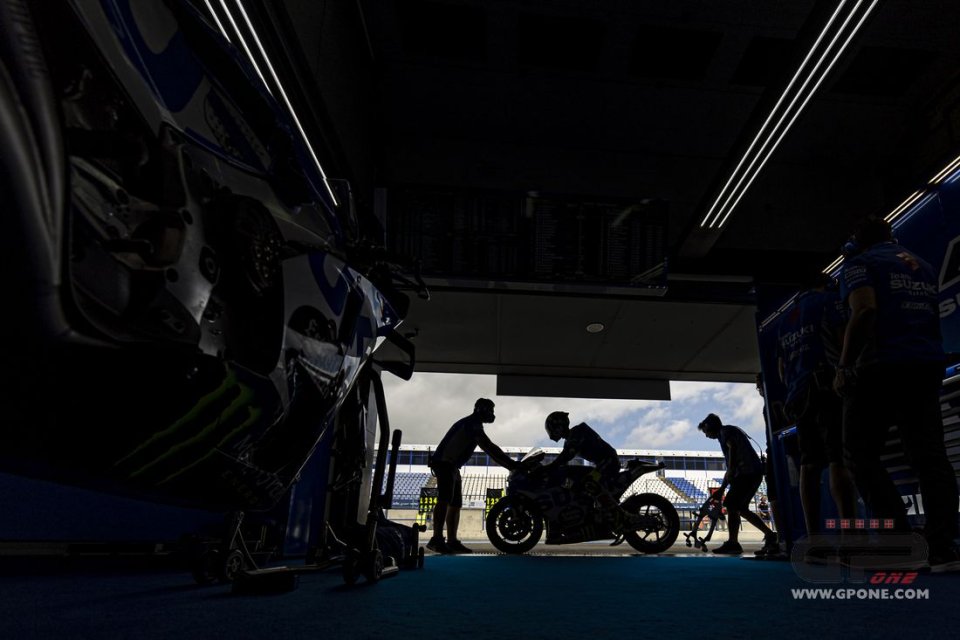 The Suzuki men in the Jerez paddock are finishing dismantling the garage, loading the last crates onto the trucks that will take them to Le Mans for the next Grand Prix. They work in silence, their eyes low, no one wants to talk. The news that the Japanese manufacturer will abandon MotoGP at the end of the year came like a bolt from the blue.

During their lunch break, Joan Mir and Alex Mir had talked about setups and tests, about the next evolutions, all that is expected in a quiet day of testing, which was not particularly quiet for them.

Nobody knew what they had decided in Hamamatsu, neither the riders nor the men of the team. Also because Suzuki had just signed, like the rest of the other manufacturers in MotoGP, a new agreement with Dorna for another 5 years. It is now waste paper, but they will probably have to pay a penalty for not honouring it.

In the trucks Livio Suppo and Shinichi Sahara talk about the future. The Italian manager arrived at the beginning of the year, to fill the void left by Davide Brivio, who had moved to Formula 1. His contract was also for more than a year, while now he has to face the decision.

Livio comes out of the truck at around 6.30 pm and approaches us. "No comment. I hope you understand my situation. Have a good evening".

The official press release is expected for tomorrow and will mark the end, for the second time, of Suzuki's adventure in MotoGP. According to what GPOne was able to gather, President Hiroshi Tsuda would have liked to continue with his commitment to racing, but the board of directors was against it, due to the difficult economic situation caused by the war in Ukraine and the recent Covid epidemic.

Suzuki raced for the first time in MotoGP in 2002, only to retire at the end of 2011. In 2015 it came back to the premier class under the leadership of Davide Brivio, managing to conquer the world title with Joan Mir in 2020. This year it has already been two times on the podium with Alex Rins.