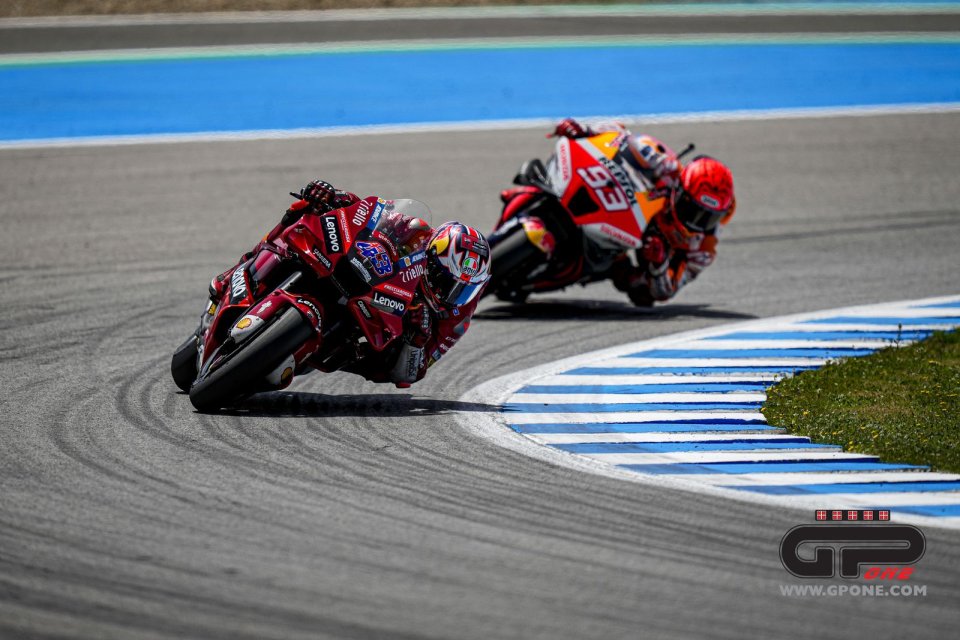 Jack fought for the podium today, committed to keeping a tenacious Marc Marquez behind him, who stole his place on the last lap. The Australian rider led the group of followers for much of the race until a mistake he and Marc made cleared the way for Aleix Espargaro, who didn’t miss the chance to place his Aprilia on the podium.

"I pushed from the beginning, but the two up front were unstoppable. I was pretty good, even though I struggled a lot to keep my trajectory at turn five throughout the GP. I think Marc and I had the same problem with the front, which suffered from the high temperatures. We were close the entire race. He had something more than I did, but he couldn't get past me. Then Aleix took advantage of our mistake. I didn't expect Marquez to pass me on the last lap and, when it happened, I tried to respond. I tried my best. Let's just say that twenty-one laps trying to keep Marc Marquez behind are quite stressful.”

Do you think Marquez riders this bike differently than last year?
"It's hard to tell. I wasn’t behind him for a long time, and I didn’t get a chance to see him much. Looks like he's got good confidence. I did five turns behind him. I saw him get the rescue, but not enough to have an opinion."

Pecco said he found the right direction with this bike, are you in the same situation?
"I fought to get on the podium today, not to win. The bike has changed, sure, and that’s positive. We’re evolving, trying to make the most of the positive sides, minimizing the negative ones. To think that everything is going as it did last year makes no sense. The bike is evolving and today my pace was incredible."