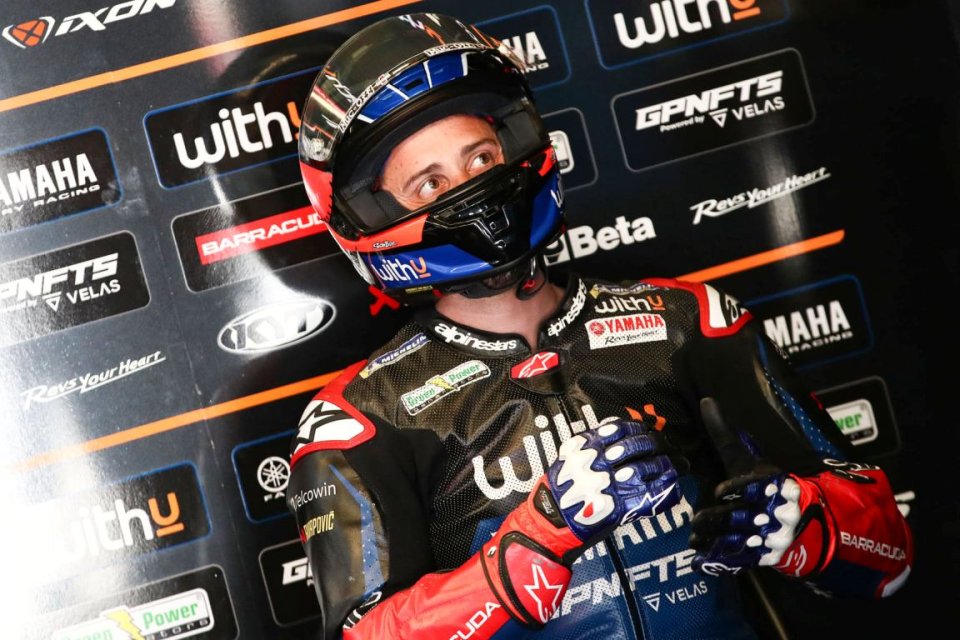 It was another disappointing Sunday, one to forget for Andrea Dovizioso. Once again the Italian was forced to lick his wounds after fighting with his bike for the entire Jerez Grand Prix, where he finished 17th more than 30 seconds behind the winner.

On the eve of the Andalusian round, his expectations were very different, but then he had to come to terms with the reality again.

"Today a lot of riders struggled with the front - he said - all the plans I had to ride in a certain way vanished during the first lap, when I couldn't brake, and the Yamaha closed the front in the middle of the corner. I don't know if this thing is bigger when you are behind, although it needs to be stressed that Fabio, Pecco and Aleix were crazy. Afterwards the pace was not bad, but I lacked the confidence to ride well, in fact I couldn’t be consistent because I lost a lot of energy due to the not very smooth ride. I was always on eggshells, I had to unbalance myself on the rear, so much so that I couldn't be as aggressive as I wanted. In the end, the situation was more or less the same as in practice".

In amongst all this, Fabio Quartararo stood out on the Jerez podium.

“Right now, when a rider does something, it's real. Fabio is doing an intelligent championship and is making the most of the situations. Well done to him and his team. The point, however, is not the real potential of the bike. He manages to do certain things, because he rides in a certain way and as a result makes the most of the positives without giving too much importance to the negatives. In my opinion, the lack of grip reduces what could be the other possibilities of how to ride the M1. So, if you don't ride like that, you lose 25-30 seconds. I think the Yamaha has too extreme characteristics, which lead you to ride in a certain way. In my opinion there is not much difference in terms of speed between Fabio and me, it just depends on the characteristics of the M1 ".

But the Frenchman continues to remain the benchmark....

"He is strong because from the moment he got on the M1 he rode it in the right way, considering among other things that the Yamaha has not changed. If I want, I can bring up Valentino, who ended up behind for this very reason here. In fact, I think there are technical reasons for the fact that Yamaha has gone in this direction and I can’t say they are wrong, given the results achieved. At the moment, however, only very few riders can be fast with these characteristics ”.

In the meantime, there will be tests on Monday…

"Tomorrow won’t change that much, because some things to test will be evaluated by the internal team and I don't think they are things that are very important for me".

And a word about the morale aspect…

“I'm just focusing on trying to change the way I ride, avoiding pointing a finger at anything. The thing is, I keep bumping into a wall. I don't have a negative approach. I am silent, I say my opinion, avoiding creating a tense relationship with Yamaha, also because nothing would change at this moment. Coming up against this wall is tough. ”