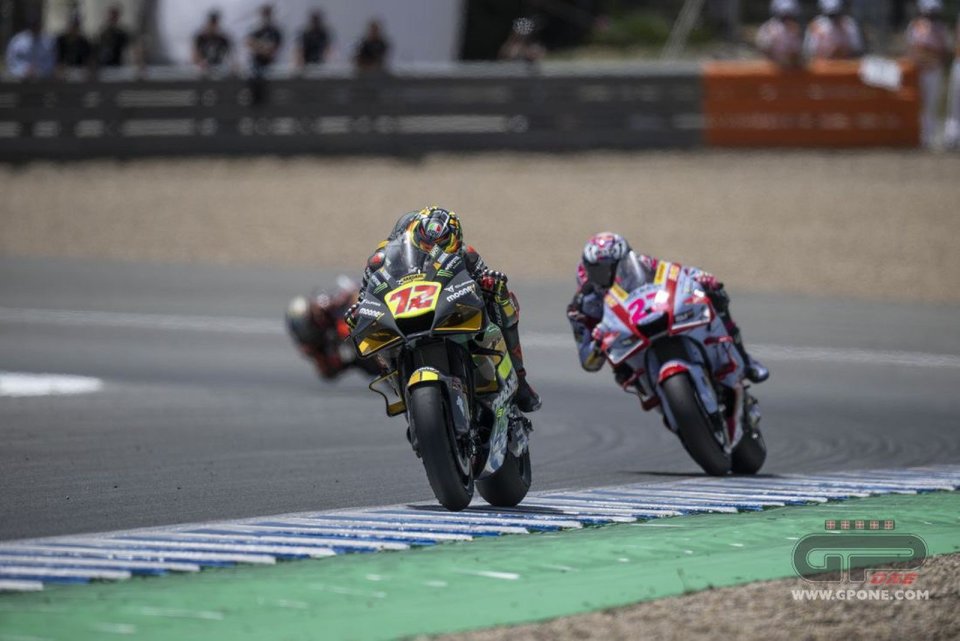 At the time of the Moto2, he had defined the Jerez de la Frontera track as “friendly”, an opinion he confirmed even today in the MotoGP. After his brilliant qualification on Saturday afternoon, Marco Bezzecchi was exhilarated on this Spanish Sunday, crossing the finish line in 9th place. A result that matches the one he reached in the Austin GP, even if in a different way and that, above all, hints at the still unexpressed potential of the rookie from Rimini.

"I often spoke with Valentino this weekend, and he didn’t even put too much pressure on me at the start,” he said jokingly. “Fortunately, I started well, something that allowed me to have a great race. I’ll send him a message tonight. Although it was a slower race than I expected, probably because of the high temperatures, I can't complain. I'm just sorry I got fooled by Bastianini at turn nine,” he admitted.

What do you feel you’ve been saving for the upcoming races?
"I handled the tires well, but not the  front as much. In fact, I struggled a bit when entering some corners. I also kept a steady pace at a high 1'38". Starting from the first rows of the line-up gives you greater security for obvious reasons while, when you’re in the belly of the group, the risk of being able to recuperate or lose positions at the same time is really high,” he continued.

Do you keep an eye on the special ranking reserved for rookies?
"It’s not my fixed thought, although I can’t deny that I’d really like to win it because, in my career, I’ve never succeeded. Doing it in the MotoGP would be great. The important thing is to continue working like we’re doing."

How important will tomorrow's tests be?
“Very. Right now, the more time I spend on the bike, the better. We don’t have anything special planned, but we’ll work on some areas so that they can help us better cope with the continuation of the season,” he concluded. 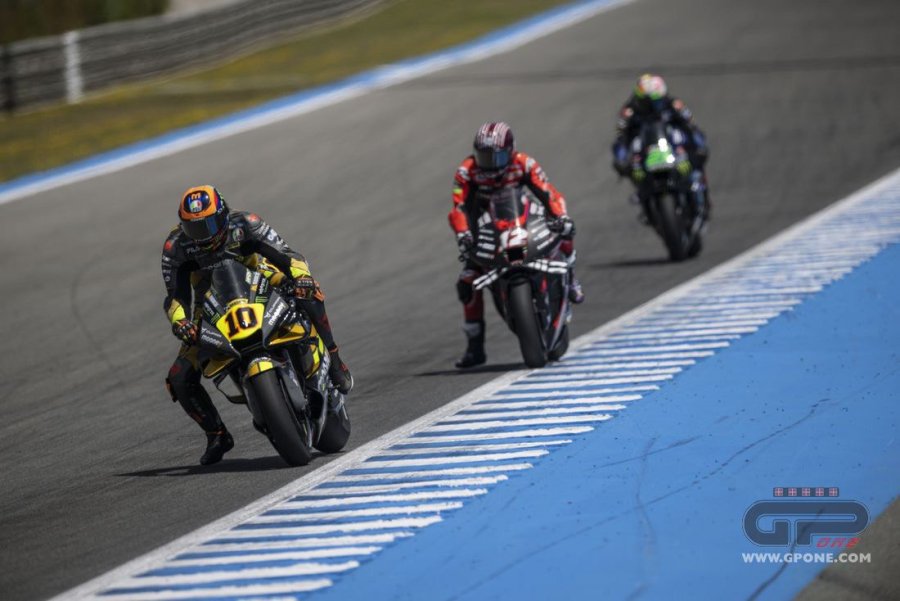 On the other side of the garage, the Mooney VR46 Racing Team continues to find no peace. Luca Marini, who fell back to a 16th place at the end of today's race, was never really competitive in the weekend on the track named after Angel Nieto. He’s in a crisis and, in four rounds, the 24-year-old scored just 14 points (against the 15 of his teammate who’s a newcomer...).

"I was hoping that the situation would improve. On the contrary, my pace was constantly slow. I still tried to give it my all from the first to the last lap. We’re missing something. We need at least three to four  tenths, so tomorrow's test will be a real godsend. We’ll try something interesting in  the set-up on the wake of the good foundation we found this morning during the warm up, "he said.

"The ranking reflects our current level. Unfortunately, from a couple of races until now, we can’t progress as we’d like. We’re missing something. We have ideas in mind on where to work to earn those tenths that we lose at every corner. It's just about making the right changes, but it's not easy because you don't have to completely change the bike."

Given the differences compared to the previous model, Pecco stated that it’s more productive to adapt to the prerogatives of the GP22 rather than change it ...

"If he says so, it means that he figured out the bike,” he said jokingly.  “Already in Portimao, we noticed that Pecco had managed to return to his levels. He suffered at first, but with the help of the team, they managed to find the ideal sensations. I agree with you. I'd like to do that too. You have to reach ninety percent of your potential. The remaining ten percent you put in thanks to kilometers on the track and experience. I'm just at forty to five to 50 percent. When the bike remains intact, at that point, you can push."