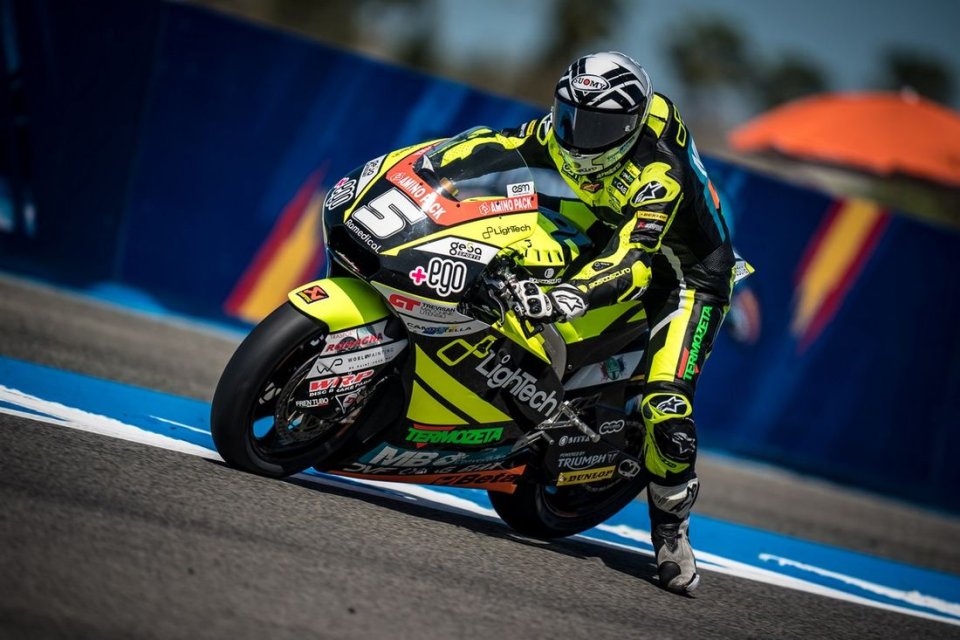 Romano Fenati's return to Moto2 (a class in which he had already raced in 2018) is proving to be more complicated than expected. The rider from Ascoli races for Luca Boscoscuro's Speed ​​Up team but his results have been below expectations. Fifteenth in Qatar and Texas, out of the points in Indonesia and Argentina, his best finish was 11th in Portimao last Sunday, but in a race where a lot of riders were missing after the red zone.

For some time now, rumours have been circulating in the paddock that Romano may not finish the season and today at Jerez Luca Boscoscuro did not rule out this possibility to the microphones of motogp.com.

“I hope he continues with us, but I'm not happy with his season so far - explained the Italian manager - This is the sixth race and I haven't seen any progress from him, that's the only problem. I hope that he will be able to take a step forward, if it doesn't happen it would for me be like losing a challenge, but it's complicated ”.

Aleix Espargarò: "after qualifying I was happy not to have crashed"