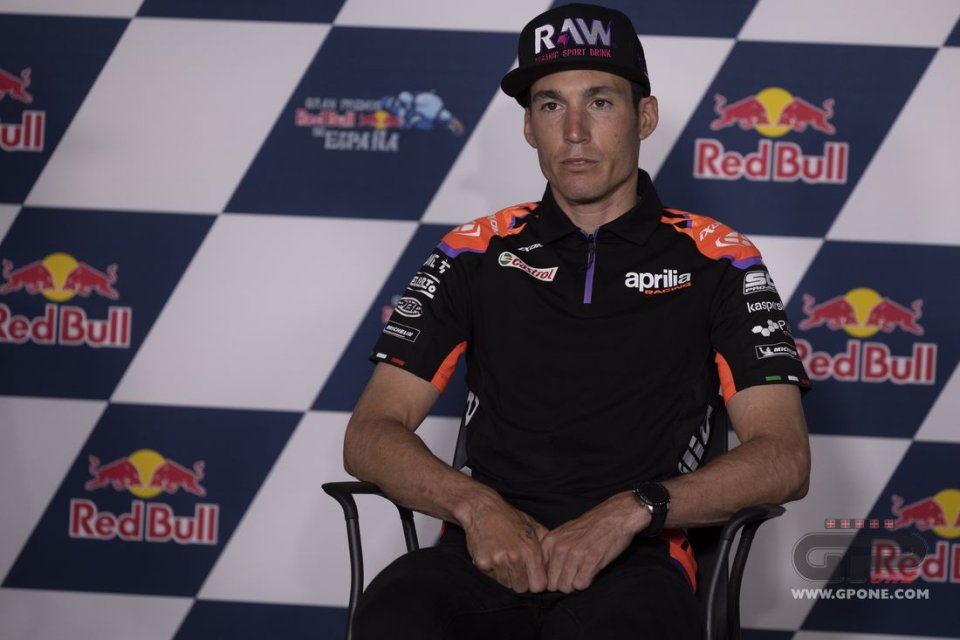 Aprilia continues to dream, or rather dreams have become reality. Aleix Espargarò arrives in Jerez in third position, just 3 points from Quartararo and with another podium under his belt after Portimão. The season continues, and the Spanish rider and RS-GP continue to prove that the victory in Argentina was no coincidence.

How much can you think big?

"I believe in the victory of the World title,” Aleix said. "Those are opportunities that happen a few times in life, and we have to take advantage of them. If we’re in this position, it’s because we deserve it."

Everything is going according to plan, actually better.

"I have fun every time I get on the track," he continued. "I already knew that the bike was fine in the winter tests, but it wasn’t easy to imagine that we would be at this level. Now I’m curious to see how the RS-GP will do in Jerez, because we were already fast last year. I wasn’t far from the podium. Quartararo had been superior to everyone but, in the MotoGP, things can change."

Aprilia is getting close to losing the concessions. Just one more podium, and they’ll no longer have them.

"I’ll tell you an anecdote. There’s a test at Mugello with Savadori scheduled before Le Mans. I’d like to be there too, but they told me to wait because, with a podium on Sunday, I won’t be able to do it,” he smiled. “Besides that,  I don’t care about losing them. Now we have more engines, but we didn't need to use them last year."

At Noale, they’re already working in that perspective for 2023, continuing to develop the bike.

"We have so many things to try out in the tests on Monday after the race, I don't know if the time will be enough," Espargarò revealed. "It’s good that Savadori is racing here as a wild card, because his bike is quite different than ours, and he understands what’s better and what’s not. We’ve now reached a good foundation, so we have to be careful when making changes.”

Aleix has always looked at Dovizioso as an example to follow, and that's what he's doing.

"Andrea did a great job with Ducati,” he reiterated. “Marquez was very fast, and they had improved in order to fight with him for the title. We’re not yet at that level but on the right track."

The last question is whether his relationship with Noale is going to continue.

"I already said that I’d like to race another two years with Aprilia but, for now, I don’t have a real offer. It’ll all depend on me. I’ll have to do well every weekend," he concluded.