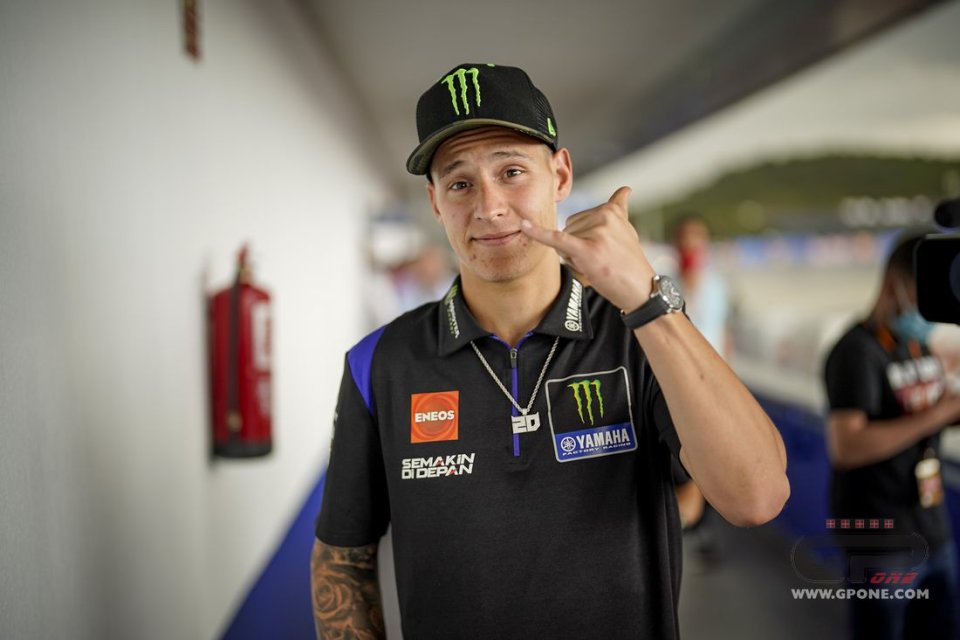 Last year Fabio Quartararo saw the victory slip away from him at Jerez, after he was betrayed by his physical condition. Compartment syndrome took away any chance he had of getting on the podium. "I wouldn’t say that now I have an opportunity to take revenge, because it wasn’t the bike’s problem, but mine - he said – For sure now I am much more prepared because the operation I underwent was perfect. Obviously, I feel I can be very fast here, but I will have to work like a normal weekend, taking one step at a time ”.

Another point in favour of the Frenchman is his recent success at Portimao.

“It was important to get back to fighting for the win after a difficult start to the season, even more so by going back to racing immediately on one of my favourite tracks,” he said.

Fabio did not hide his goals for the Spanish weekend, but when asked about his future he became a bit more reticent.

"Honestly, I don't want to talk about this matter - he said - I have a clear goal for this year and that is to win, or at least fight, for the championship. I have people close to me who are dealing with my future ”.

But if he really were to reveal a desire, Quartararo has a more immediate one.

“What do I hope for in Monday's tests? Horsepower! - he smiled - I feel great on the M1, but the important thing is to find more power. However, we have not yet talked about what will be new, I think a swingarm and something for electronic management ".