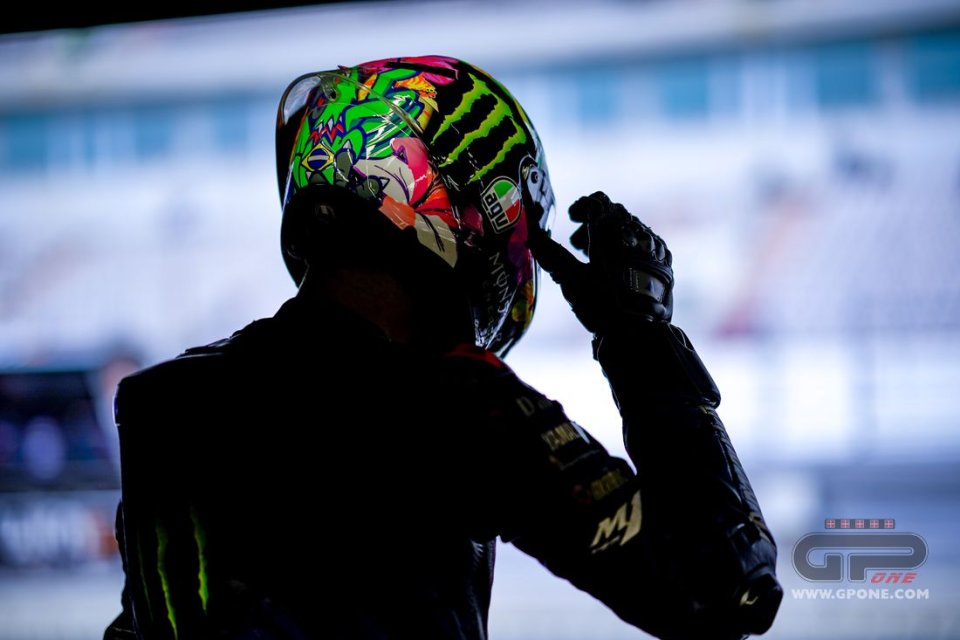 Franco Morbidelli is going through a complicated period of time, perhaps even more so after his teammate's victory in Portimao last Sunday. For one reason or another, he is get the best out of his M1 as he has done in the past and the classification is not looking good. Despite this, hope has not abandoned him and he thinks that happiness (in a sporting sense, of course) might be just around the corner.

"Do I have the feeling that my season could change from one moment to the next? Yes, I do. Improvements need to be made, but Yamaha can win as Fabio demonstrated at Portimao. All places can be the right ones to do it,” he said at Jerez.

How do you get out of this difficult moment?

“We have to work and continue to understand why the bike doesn't do what I want it to do. Every weekend is very important to me because at the moment I'm not fast and I have to work to become fast”.

Are you surprised to encounter so many difficulties?

"I'm not surprised, I'm a bit disappointed. I would have liked to have been strong from the start, to fight for the win, it's not going that way but I know why and I just have to work. If I compare myself with Fabio, in the first races we had the same performances, a similar pace, I just got off to a bad start. Now I need to take my own path and follow it, I feel that most of the time we are doing the right things and we are giving our best even if sometimes the results don't show it ".

What is the reason for these problems?

“I'm the one who goes out on the track, but these difficulties also come from the work we are doing on the bike, from the changes to allow me to do what I want. Until I succeed, I will not be able to achieve good results. I know how the bike should behave, but we haven't been able to get it to do it the way I want it yet. But we know that it's possible because of my feelings: this M1 is not very different from the one I rode in previous seasons, just a little faster on the straight, but we haven't found the right setup yet. So I have to continue to trust my feelings. "

Does having a confirmed seat on the team for 2023 help?

“I'm not doing as well as my teammate, who is winning, but I think I can do it, because I have the bike and the team to do it. In these cases, the moment usually comes when the company starts to put pressure on you in some way, but it won't happen to me because I have another year on the contract".